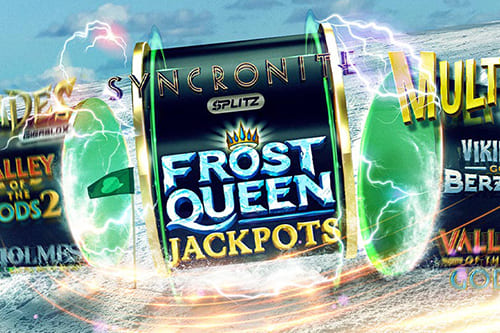 Even though winter is still here, Mr Green decided that it is high time for some hot action to be organized. A steamy winter race has begun and it will attract all players looking for action and big wins.

A total of 1,052 cash prizes will be shared among the competitors, with the biggest one being €10,000. The total prize pool for the Winter Cash Race is mouthwatering €80,000!

The rules of the promotion are as simple as breathing, so you can easily enter the competition and battle for one of the cash rewards that are on the offer. There are no limitations when it comes to the real-money cost of the spin, so you decide for yourselves how big your wagers will be.

This will not affect the distribution of the prizes in any way. While you play, random cash rewards will be given to players. It can occur on any random spin. The best part of the story is that one player can win more than one reward, so do not stop spinning the reels once you get your first prize.

Make Sure You Play Only the Games From the List

This is probably the most important rule of the entire promotion. Before you start playing video slots, make sure that you pick a game that is on the selected list.

Slots like Valey of the Gods 2, Frost Queen Jackpots, Vikings Go Berzerk, Syncronite Splitz, Multifly, and Hades Gigablox can be found on the list. There are more of them, but to find out their names, you need to click here and visit Mr Green Casino.