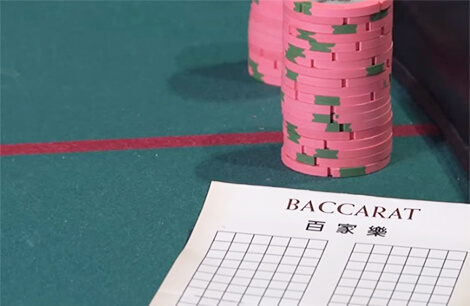 The mysticism of the Orient and their rich culture have always fascinated the Western world and even though the customs and mentality of these countries dictate discretion and a tight grasp of the traditional values, fragments of their folklore have managed to break free from the territorial confinements and find their way to the world beyond.

With their centuries-long history of gambling, the approach that Asian land-based and online casino operators have to this particular part of their culture is different than anything you have seen so far in European and US casinos; everything feels somehow more respectful and elegant, as opposed to loud and flashy casino design of the western world. The gaming offer is also a bit more diverse and along with the standard selection of Blackjack, Roulette and Poker, casinos targeting Asian market include games with more exotic names and table layouts that look more like calligraphy canvases than gambling tables. Despite their enigmatic appearance, Macau casino games (most of the online casinos will categorize them under this name) are usually very simple and an average player can memorize the rules in no more than a couple of rounds.

Also known as Chinese Poker and Bull Fight, Niu Niu is not an easy game to find and only a hand full of casinos include it in their offer. Looking at the betting options and the way card values are added, you are likely to be reminded of another extremely popular card game among Asian gamblers – Baccarat.

In Niu Niu, just as in the traditional Poker variant, the highest ranking hand will win. The rank of each combination is determined by adding the values of all cards to the total of 10 and before the hands are compared, the players submit their wagers on Player/Banker 1, 2, 3, Equal and Double. The best combination you can hope for is called a 5 Gong and it consists out of 5 face cards, while the weakest hand is the sequence of cards that cannot be added up to give the total of 10, for example:

In Niu Niu, after the card values are added, if the total exceeds 10, that same number will be deducted from the final result; in the example above, that does not help since the total will still be over 10.

Most online casinos feature Pai Gow poker, a version of traditional Pai Gow that is much more easier to learn. This does not mean that you will not be able to find the original variant played with dominoes, but it will not be as easy as finding the westernized poker version of Pai Gow.

The traditional game is played with 32 domino tiles and each of the players will receive 4 dominoes, which will then have to be divided into pairs with higher and lower totals.

The pairs of tiles are ranked as Pairs (Gee Joon being the highest ranking hand), Wong, Gong and 9 to 0; Wong and Gong are pairs with a 9 or an 8 tile respectively, whereas 9 to 0 Points is a 2-domino hand that has a value of the tile pips added together with the first digit removed. For example, 4 and 7 dominoes are worth 1 point:

The players’ and the dealer’s tiles are then compared and the higher ranking hand wins. In the event of a tie, the highest tile from the high hand pair will determine the winner but if that does not resolve the tie, banker wins. The role of the banker can be assumed by any player at the table and banker will play against both the house and other players.

Considering the centuries-long popularity of Mahjong, it remains a mystery why finding a casino that offers this game in cash play mode is not an easy task (not considering sites that specialize in different Mahjong variants). One of the rare online casinos that provides this game is Dunder Casino, where a Mahjong Exchange variant is available.

The player starts the session by selecting one of the tiles from the pile on the table and placing it onto the field marked “1”. This action is followed by the bet, where one can wager on the specific symbol or a group of tile symbols, organized into following categories: Suited tiles, Circle Suit, Bamboo Suit, Character Suit and Honor tiles with two subcategories, Dragon and Wind tiles. The player will then get to choose between two options – confirming the selection and revealing all of the tiles, including the selected one, or choosing an extra tile to act as a replacement.

Colloquially known as a Big/Small bet, Sic Bo or Tai Sai is a lot easier to find online than the games described above. The most common version that you will run into is a live Sic Bo table, usually placed under Macau gaming section. The game is quite similar to Craps, but with a lot less hubbub. Played with three dice inside a glass, transparent container, Sic Bo offers 9 different bets, as described in the table below:

It is often recommended not to stray from Big and Small betting options, as they are obviously the most favorable. Covering a wider range of options is also a clever thing to do, if the casino allows that option.

Another extremely popular card game with a betting structure similar to Baccarat is Dragon Tiger. The players wager on one of the three fields – Dragon, Tiger or Tie. The dealer then draws two cards, one by one, and places them face up on the Dragon and Tiger fields.

The card with the highest value will win and settle the bets for both the Tiger and the Dragon with even pay; tie bets are paid 1:8. As you can see, the game is extremely simple and there are no card re-draws, which means that the player will rely mostly on luck and chance, rather than a strategy or skill.