It’s not easy for online slot enthusiasts to find a game to play. Today, any reputable online casino boasts an extensive offer of high-quality releases, which offer beautiful visuals, innovative features, thrilling game mechanics, and an unforgettable playing experience. There are many factors that players take into consideration, from betting options, volatility, but slot offers often pay particular attention to one thing. That’s a return to player (RTP), a number that shows whether a slot pays more frequently. In the end, the quality of your playing experience depends on whether you win money or not.

Founded in 2013, Nolimit City is a developer of online casino games headquartered in Stockholm, Sweden. The company may not boast an extensive lineup of slots, but when producing games, it’s focused on delivering unique and original titles packed with exciting and rewarding features.

Nolimit City may not be the first name to come to mind when talking about slots with high payout percentages, but that doesn’t mean that slots created by the renowned game maker can’t produce handsome prizes.

If you’re looking for games with high RTP, here are some Nolimit City titles you need to try as soon as possible. 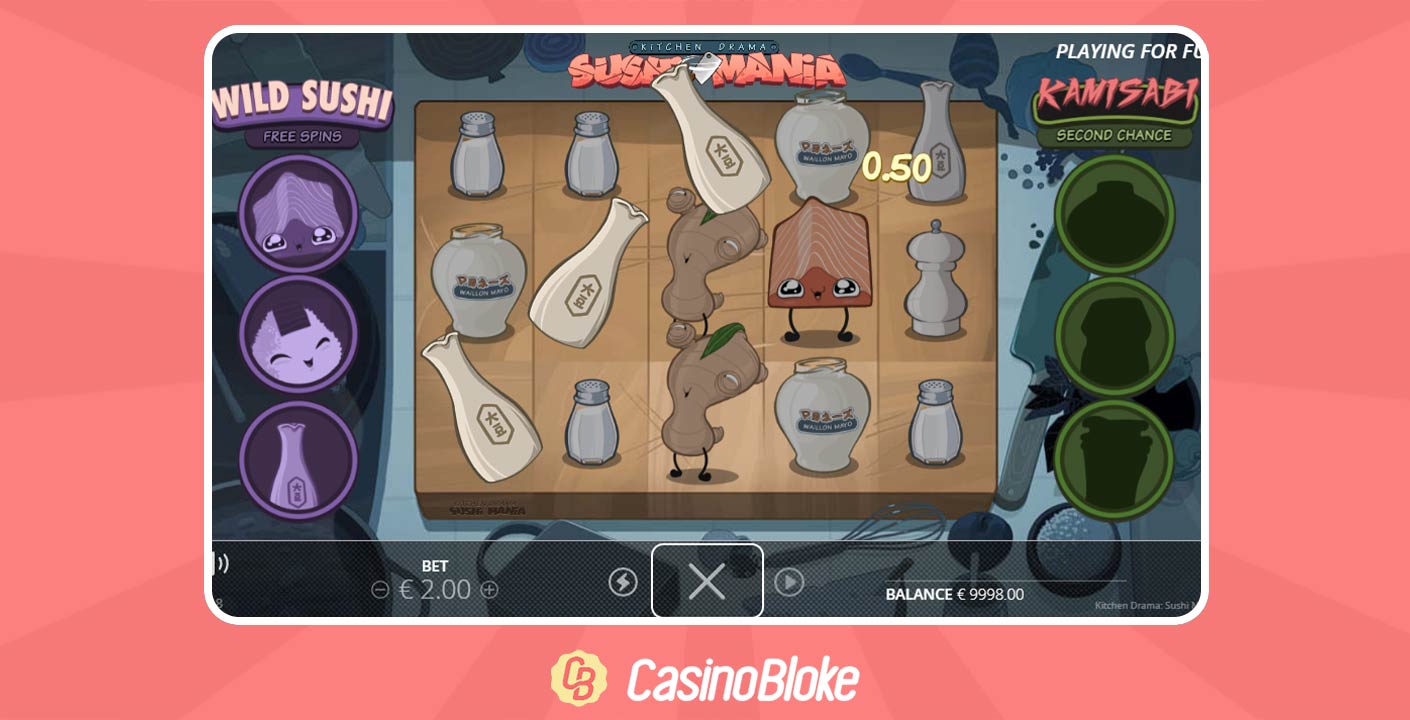 Sushi Mania is the first title in Nolimit City’s Kitchen Drama Series. As you may have noticed from the game’s name, it’s inspired by Japanese cuisine and the fine art of cooking. This delicious release takes place on a standard five-reel, three-row grid with twenty fixed paylines. Players can benefit from the collapsing reels, which can trigger specific winning combos, while the recipe for entering the bonus round includes Soy, Rice and Salmon. That’s not all, as the Kamisabi Attack and the Bunshin cloning Wilds promise to make your quest for the Free Spins packed with action and excitement.

The Free Spins round is triggered with the help of the collapsing reel feature. All you need are the three ingredients we previously mentioned. Players receive ten spins once the round is activated, while all sushi ingredients can turn into Wilds!

The Bunshin Wilds can also be very useful as they clone themselves to spread to two additional reels.

Get three or more consecutive collapses to unlock the Kamisabi Attack. This feature can lead to more collapses and help you increase your winnings.

Sushi Maina slots combine simplicity with adorable graphics quite effectively. The distinct visual style and fun gameplay certainly make the game very appealing. Underneath it all, however, is a relatively simple and non-volatile slot that almost anyone can enjoy. The good RTP rate is a big plus too, of course!

Enjoy the latest slot releases, including the Kitchen Drama series, at King Billy!

Lots of beer, sausages and catchy German tunes await in this action-packed release. Oktoberfest takes place on a standard five-reel, three-row grid, where players can benefit from twenty fixed paylines.

As we already mentioned, the game offers plenty of ways to win. There’s the Bierfest Free Spins round, a special Prost Win-spin, a randomly activated Party Spin mode, and the Pretzel Party Spin, a feature where all low-paying symbols become Wilds. Slot lovers are sure to be entertained from the moment the reels start spinning.

Party Spins can be randomly activated on any spin, awarding super-stacked reels. The spin further adds to the excitement, as players have excellent odds of landing an entire reel with a medium-sized symbol.

The special Pretzel Party Spin is also a feature triggered at random on any spin. Once it’s activated, all low-value symbols will turn into Wild, significantly increasing the game’s win potential.

Landing stacked Wilds on reels 2 and 4 unlocks the special mode where respins bring guaranteed wins. The two characters toast to form a Wild on the middle reel. This awards two extra spins with guaranteed wins.

Land three Scatter symbols anywhere on the reels to receive 10 Bierspins. This bonus round will see players collect Scatters to claim more spins and increased multipliers. With a bit of luck, you can win twelve additional spins and benefit from a multiplier of 5x.

Oktoberfest has a similar base to other popular NoLimit slots – a 5×3 board with 20 paylines. However, the large number of special features and mechanics is somewhat unusual for this software provider. Still, it all fits together quite nicely, and Oktoberfest is a joy to play and win with!

Get Festive and play Oktoberfest at the Jetbull online casino! 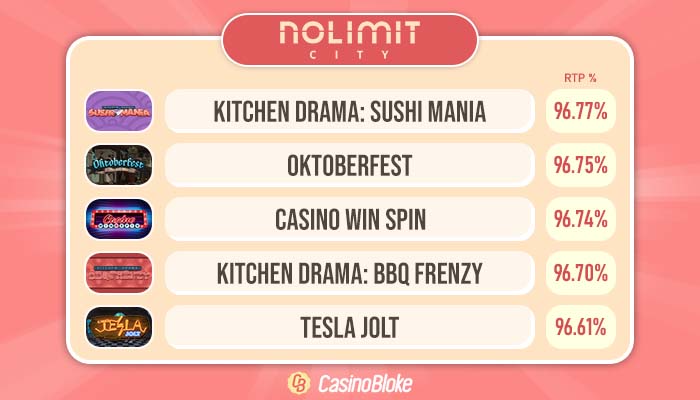 If you like retro-inspired slots, then you’ll surely love Casino Win Spin. In addition to old school vibes, the game comes with classic symbols like sevens and fruits. The high-paced release will also captivate you with its explosive features.

Casino Wins Spin is played on a standard five-by-three reel set with twenty fixed paylines. Despite its retro looks, the features it offers are modern and promise lots of fun and chances to win.

There are three prominent features ready to help you claim handsome payouts. They are activated using the WinSpin Hot Zone, located on reels 2 and 4. Land two matching icons in these zones to trigger the WinSpin feature, while landing two Wilds will unlock the Hot Zone Expanding Wilds feature.

Casino Win Spin comes with two Wilds. They both replace other symbols, helping players complete additional winning combinations. As their name suggests, Expanding Wilds expand to cover entire reels. To turn regular Wilds into Expanding Wilds, just land them on any of the game’s Hot Zones. Landing Wilds in both Hot Zones simultaneously creates an Expanding Wild on the middle reel, awarding a massive win in the process.

The Spin Til’ You Win feature delivers respins with a guaranteed win. The first respin changes all triggering icons into Wilds, the second brings a random multiplier into play, while the third one drops a spreading Wild on reel 3. Respins continue until a win is formed.

Leaning heavily into classic Vegas imagery, Casino Win Spin was an instant hit with old-school fans. That said, it’s far from a simple or basic game. There are just enough features to keep things interesting as you keep spinning. With solid win potential and a great rate of returns, you can’t go wrong with Casino Win Spin.

BBQ Frenzy is another mouthwatering instalment in the Kitchen Drama series. This time, the fun and action-packed game takes players to the American BBQ world. Like all games on this list, BBQ Frenzy is set on a five-by-three grid with twenty fixed paylines. The collapsing reels are again in play, with Meat, Pepper and Mushroom being the ingredients needed to trigger the Wild BBQ Free Spins round. The game boasts crisp animations and excellent sound effects, which are sure to help deliver an unforgettable playing experience.

As we previously said, you’ll need the right combination of three ingredients to start the bonus. Once the Free Spins round is activated, you’ll receive five spins, while all meat symbols turn into walking Wilds. These symbols can be particularly useful, as they can award multipliers of up to 15x.

The other entry into the Kitchen Drama series hits a lot of the same marks as Sushi Mania. That said, the innovative mechanics surrounding Fiery Chili symbols makes it more unique among the thousands of slots out there. It’s fun, it’s profitable, and it’s fresh – what more could you ask for?

Play Kitchen Drama: BBQ Frenzy on Mr Green and see why it’s one of the world’s leading casinos! 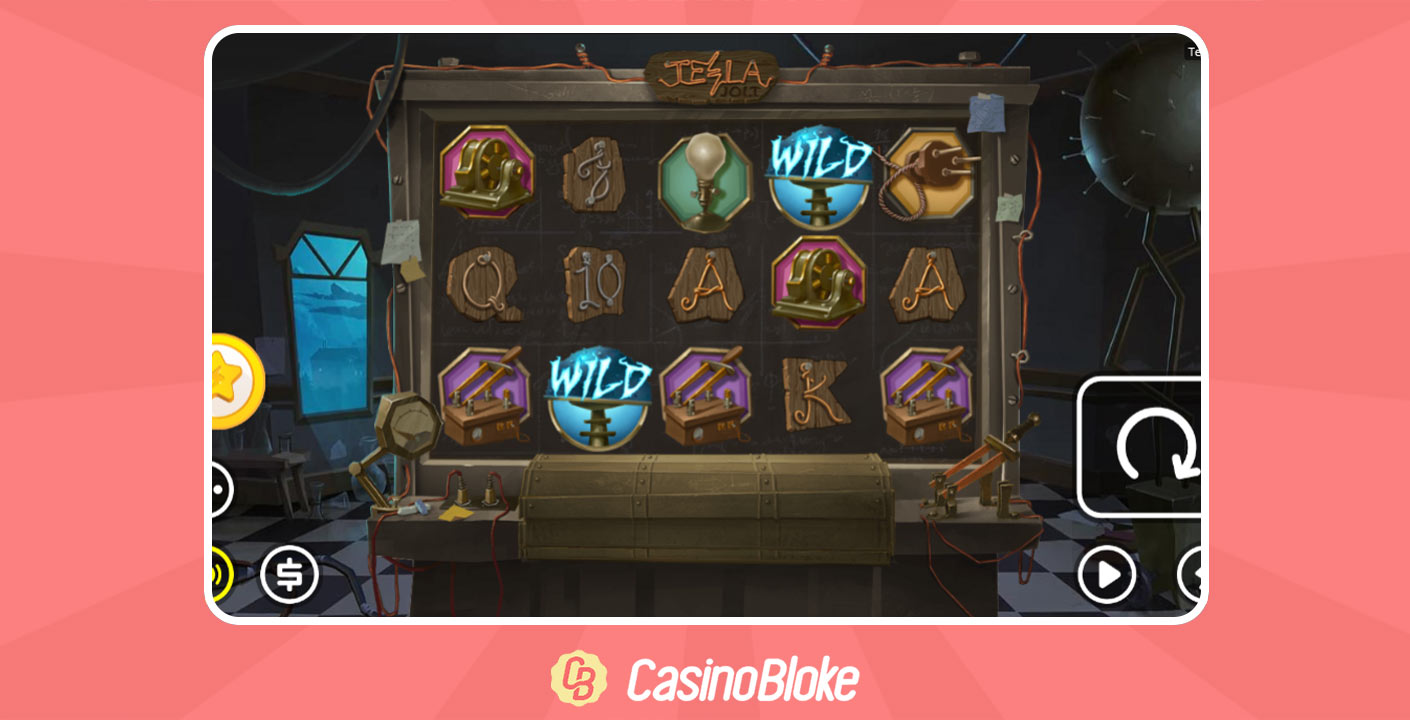 Tesla Jolt is an electrifying release inspired by Tesla’s inventions. Set on a five-reel, three-row grid, the game comes with twenty fixed paylines. The slot’s high-quality visuals are coupled with an excellent soundtrack to deliver lots of entertainment and excitement.

Players can benefit from a wide selection of features on offer.

Landing the Tesla Jolt symbol on reel 5 will see a randomly chosen symbol turn into a Wild.

Get three, four, or five Scatters to receive ten, fifteen or twenty spins, respectively. Once the Tesla Spins are unlocked, players can benefit from two features: Charged Wilds and the Time-lapse Trigger.

The Charged Wilds feature is charged when three Wilds are stored and then dispersed across the reels. Only those Wilds appearing on the middle three reels are held. The Time-lapse Trigger symbol disperses all charged Wilds and adds up to three spins to the count.

Although the RTP of Tesla Jolt is not as high as some other Nolimit slots, the game certainly nails its presentation. Between the awesome graphics, excellent soundtrack, and fun features, we are surprised it’s not very well-known. It doesn’t go ham on the features, either, so we can recommend it to complete beginners as well!

Join Casumo for some of the best slots the industry has to offer!

Found a slot game you’re interested in? Great! The next step is to find a casino that hosts Nolimit City games. Thankfully, there are plenty of options out there, ranging from world-renowned casinos to smaller, more personalized sites.

We suggested several casinos throughout this list, but you can also check out our list of top NoLimit casinos for more recommendations. Remember, not even the best slot game in the world is good enough to compensate for using a bad casino! Choose carefully – and rely on the Casino Bloke to help you along the way!