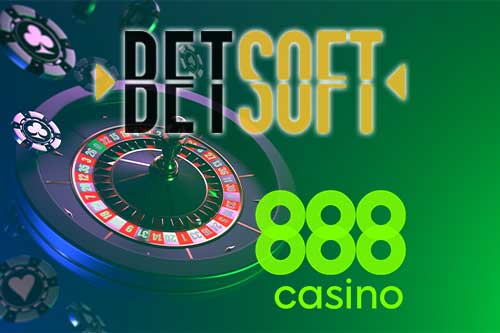 The renowned supplier of online casino content Betsoft Gaming has expanded its market presence by partnering with 888casino.

Under the provisions of the latest deal, Betsoft’s lineup of slots will become available to 888casino’s customers. The list of releases includes the company’s new hits Primal Hunt and Take The Bank, in addition to the long-awaited Take Olympus and Stacked games.

A Renowned Name in the Business

The move represents Betsoft’s debut with 888casino, allowing it to deliver its lineup of slots to online casino players through Fusion, the content aggregation platform from Pariplay.

Betsoft was founded in 2006 and has since become one of the leading developers of online gaming solutions. The company boasts an impressive portfolio consisting of over 200 titles, available to players across more than 200 online operators.

Headquartered in Malta, Betsoft is present in over fifteen regulated markets around the world. Games produced by the company are licensed by the Malta Gaming Authority and certified by Gaming Labs International.

Betsoft’s rapidly-growing lineup of slot titles has been adapted to suit the needs of even the most demanding players.

Commenting on the new deal, Anna Mackney, Head of Account Management at Betsoft Gaming, said the latest integration only further confirmed high demand for the company’s releases. She added that 888 casino’s commitment to delivering a memorable playing experience to a new audience of players would make the partnership exciting for both sides.

Talya Benyamini from 888 pointed out that Betsoft Gaming’s high-quality content would deliver an unforgettable experience to the operator’s customers around the globe.

This is another important content deal for 888 in the last couple of months. Last month, the renowned operator joined forces with Hacksaw Gaming to add the gaming studio’s portfolio to its offering. It also partnered with ELK Studios to launch its games in Italy.

In March, 888 inked a similar deal with BF Games, further bolstering its market presence. In February, 888 announced a live casino deal with Playtech.