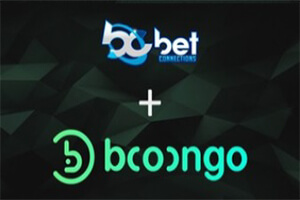 Booongo has announced that their slots are from now on available in the Latin America market. This is a result of the partnership between the software provider and BetConnections, one of the leading online gaming development companies in this part of the world. According to the deal, Booongo games are available to the large network of BetConnections partners from all over Latin America.

A Full Range of Entertainment for Players

Founded in 2015, Booongo has quickly established itself in the online gambling industry thanks to its engaging video slots boasting HD graphics and exciting bonus features. All their slots are developed in the HTML5 technology, meaning that players can enjoy them on their desktop and mobile devices. As a result of the deal signed with BetConnections, more than 35 Booongo slots will be available to players from Paraguay, Peru, Columbia and other countries. They include some of their most popular titles such as Dragon Pearls: Hold & Win, Viking’s Gods Gold and God’s Temple Deluxe.

“The online casino market in Latin America shows significant year-on-year growth and this has attracted our attention. Our partnership with BetConnections underlines the commitment we have for the local market and local partners,” said Sebastian Damian, CCO of Booongo.

He added that Latin American players will not be only able to play their games but also to take part in tournaments.

BetConnections has been one of the industry leaders in the Latin American market since 2012. As a development company, they are committed to the production of betting software with different online gambling and betting solutions on offer. They also operate as a content aggregator for the B2B market of the entire region.

“Here, at BetConnections we are very pleased with this new commercial association with the prestigious brand of games Booongo, who is widely recognized as one of the safest and most accepted suppliers by players worldwide,” Jesus Rafael Campos of BetConnections said.

Latin America consists of 33 countries with a population of over 650 million. Online gambling is one of the most popular pastime activities in Mexico where players are not allowed to play at local online casinos. Yet, they can join gambling sites registered abroad.

Read our Booongo software review to learn more about the Ukraine-based gaming company and where you can play their slot machines!