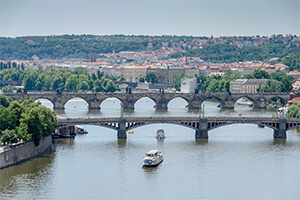 The Prague Monitor, an English-language electronic daily about the Czech Republic, reported that national legislators gathered on Monday to discuss gaming regulations.

It was announced after the meeting that new amendments were planned to be added to the current federal laws, mainly in order to prevent any possibility of corruption within gaming operations.

The latest moves suggest the new law, approved by the Congress earlier this year.

What About the New Law

The new law, which has been heavily modified under the influence of lobbying organizations, will allow foreign-based operators to gain gambling licenses in the Czech Republic. This practice hasn’t been possible under the previous law, which dates back to 1990.

A public analysis conducted by the office of Human Rights Ministry stated that during the process of adoption, the gambling bill was altered on several occasions, but not because of the public interests. The analysis points the finger to the gambling lobby, whose intervention was sometimes more sometimes less direct.

The analysis drew the attention of the Czech Republic Cabinet, which discussed it during the Monday meeting while making plans for further activities. The main concern was the conclusion of the analysis that the industry could represent a risk of corruption in public administration due to lobbying and various forms of pressure, both economic and media, which could influence the officials.

Most importantly, the analysis revealed the ties between certain gaming companies and politicians, including those who were and those who are in power at this moment. SYNOT gaming company has been cited as an example of the connection between the industry and the country’s officials.

The company from the town of Uherské Hradiště is owned by Czech businessman and Senator Ivo Valenta, while a number of former Finance Ministry officials are on the company payroll.

But Valenta is not the only gaming businessman who managed to find himself in a governmental position. This is slowly becoming a trend in the Czech Republic and is referred to as the phenomenon of ‘Revolving Doors’.