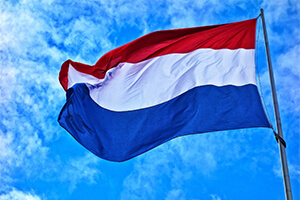 The Dutch Senate has passed the Remote Gaming Act thus approving the legalization of online gaming in the Netherlands.

It has been two and a half years since the House of Representatives passed the original act. However, it is not yet known when the Remote Gaming Act will come into force.

The Remote Gaming Act is an amendment of the Betting and Gaming Act which should make it possible to offer and play games of chance online legally. According to the press release on the official website of the Dutch Gambling Commission, De Kansspelautoriteit (Ksa), new regulations would allow them to impose strict conditions on online gaming operators through licensing and protect players. By addressing the unregulated market, legalisation also aims at preventing gambling addiction and ensuring fair play.

René Jansen, chairman of the board of directors of the Dutch gaming authority, calls the approval of the act by the Senate a ‘milestone’.

“The amendment of the Betting and Gaming Act enables the Ksa to protect participants in online games of chance. This is not possible in an illegal market. With this modernization of the law, it is possible to enforce safe gaming in a fair market. Provided players will play at licensed gaming establishments,” said Jansen.

Although it is not known when the Remote Gaming Act will come into force, once it does, the Ksa will supervise licensed online gambling operators. Operators without licences will be dealt with severely as the gaming authority will be authorised to block payment traffic between an illegal provider and customers.

The Remote Gaming Act will be integrated into the law through a Royal Decree. When it will enter into force will be determined by Minister for Legal Protection Sander Dekker who played a major role in the process. It is believed that first licences could be granted in mid-2020.

Earlier this month, the European Gaming and Betting Association (EGBA) has called for Dutch online gambling regulation as urgently needed. At the moment, the Netherlands is one of the few EU countries with an unregulated market. As published on the EGBA official website, recent research shows that over 10% of the total population or 1.9 million Dutch citizens participated in online gambling last year.