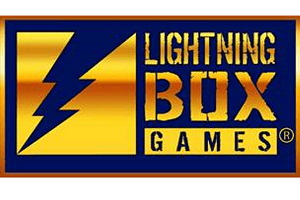 One of the key players in the iGaming industry, the specialist slots suppliers from Australia, Lightning Box, have recently signed a deal with Microgaming, by which Lightning Box products will now run on Micorgaming’s Quickfire platform. The agreement is valid for three years, and the first game to be released will be Lioness 4x, which is expected in February.

The Sidney-based company decided to team up with Microgaming so as to widen their market and provide themselves yet another route for distributing their unique Aussie content across the globe. Given the fact that Quickfire platform represents one of the strongest distribution channels on the market, with more than 200 operators integrated, the agreement will help Lightning Box reach much more customers in all parts of the world. This is why Peter Causley, CEO of Lightning Box, stated that they are very pleased to have signed a deal for Quickfire.

According to Andrew Lucas, the Director of Quickfire, this is a proper platform for those operators looking for diverse content, with more than 600 Microgaming games, and development partner contents from over 25 developers. Quickfire represents a one-stop shop for customers and their deal with Lightning Box will further strengthen their position on the market.

Lightning Box Games was founded in 2004 in Sydney by former IGT and Aristocrat designers, Peter Causley and David Little. Up to now, the company managed to develop more than 30 impressive games, and they believe that they have come up with a perfect formula that guarantees success in the iGaming industry. Lightning Box is present across Asia, Europe and the Americas, developing both online and land-based gaming content.

Their Stellar Jackpots are a huge hit, and the latest product, Stellar Jackpot – Serengeti Lions, which will take gamers into the very heart of Africa, is expected to become extremely popular among gamers.