NetEnt and Scientific Games Sign Deal to Increase US Presence 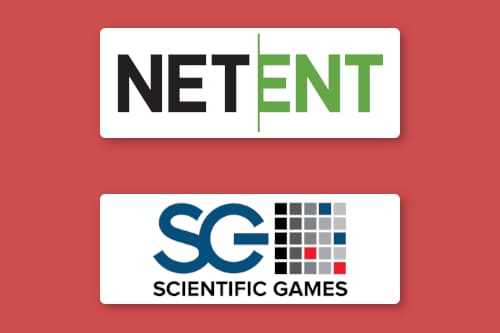 NetEnt and Scientific Games have proudly announced they have joined forces in an effort to increase their presence in the rapidly-growing US market.

According to a statement made by Scientific Games last week, the new partnership with the Swedish gaming technology company should enable it to offer its content to customers in those states where online gambling has already been made legal. To do so, Scientific Games will use its OpenGaming content aggregation platform.

A Beneficial Move for Both Sides

Under the provisions of the new deal, some of NetEnt’s most popular releases have already been made part of the OpenGaming platform, and are already available to customers in New Jersey. They will soon reach players in Pennsylvania and Michigan as well.

NetEnt’s extensive portfolio of video slots includes Divine Fortune, a game that has become a smashing in the States, but also other popular releases like Gonzo’s Quest and Starburst, which are sure to further bolster OpenGaming’s offering. The latest move should help Scientific Games create one of the largest and most appealing aggregation platforms in the market.

At the same time, the new deal will help NetEnt expand its market presence in the US. The company has been working hard to make these plans a reality, and a recent deal with Wind Creek Casino in Pennsylvania demonstrates its commitment to achieving these goals. In addition to this agreement, NetEnt also inked a deal with BetMGM to establish its presence in West Virginia.

Cementing the Positions in the US

Speaking about the new partnership deal, Brian Kraft from NetEnt pointed out that working together with Scientific Games would allow both sides to make the most out of the OpenGaming platform and further cement their market positions in the US.

Dylan Slaney, Senior Vice-President for SG Digital also said the new partnership would be highly beneficial for both companies, which would surely deliver high-quality gaming content to demanding players across regulated markets in the States.

He added their partners would appreciate the quality of games brought by NetEnt.

Scientific Games’ partners can be sure the developer’s aggregation platform will offer the best performance in every online gaming market.