Starburst Slot is a NetEnt slot launched in 2012. The game houses 5 reels and 10 paylines with a 96.1% RTP. This non-progressive slot game also features mobile, wilds, bonus games. This game has a jackpot of 50,000 coins and is available for playing on both desktop & mobile.

Starburst is one of NetEnt classics – a five-reel, three-row slot with 10 fixed paylines, but don’t let these ten paylines fool you, because they pay both ways, so, basically, it’s as if you are playing with 20 paylines. This visually impressive game is an old-school fruit machine in its essence, but it offers a couple of modern additions, like futuristic visuals and a Starburst Expanding Wild that can get you up to 3 respins and lots of rewarding payouts for the price of one spin.

Prepare yourselves for an exciting cosmic adventure with the 2012 release, in which you can win up to 50,000 coins in a single spin. 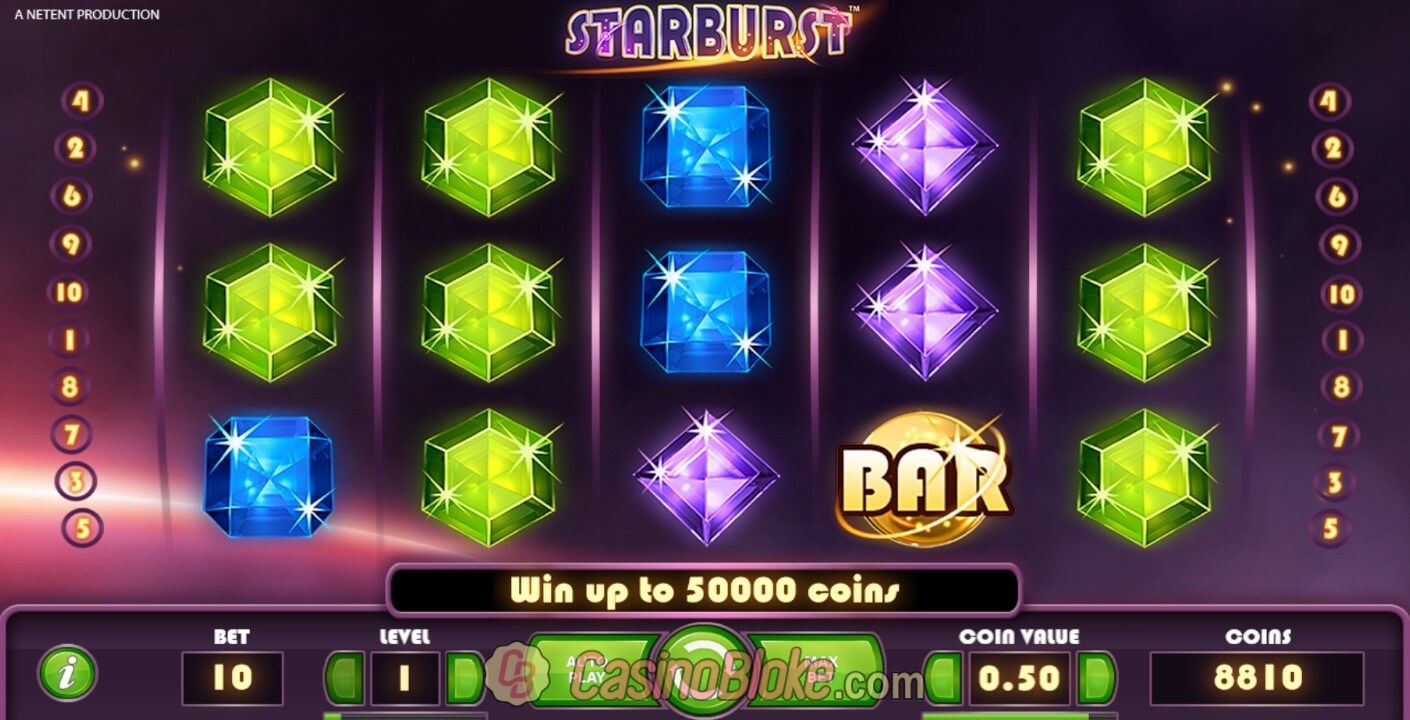 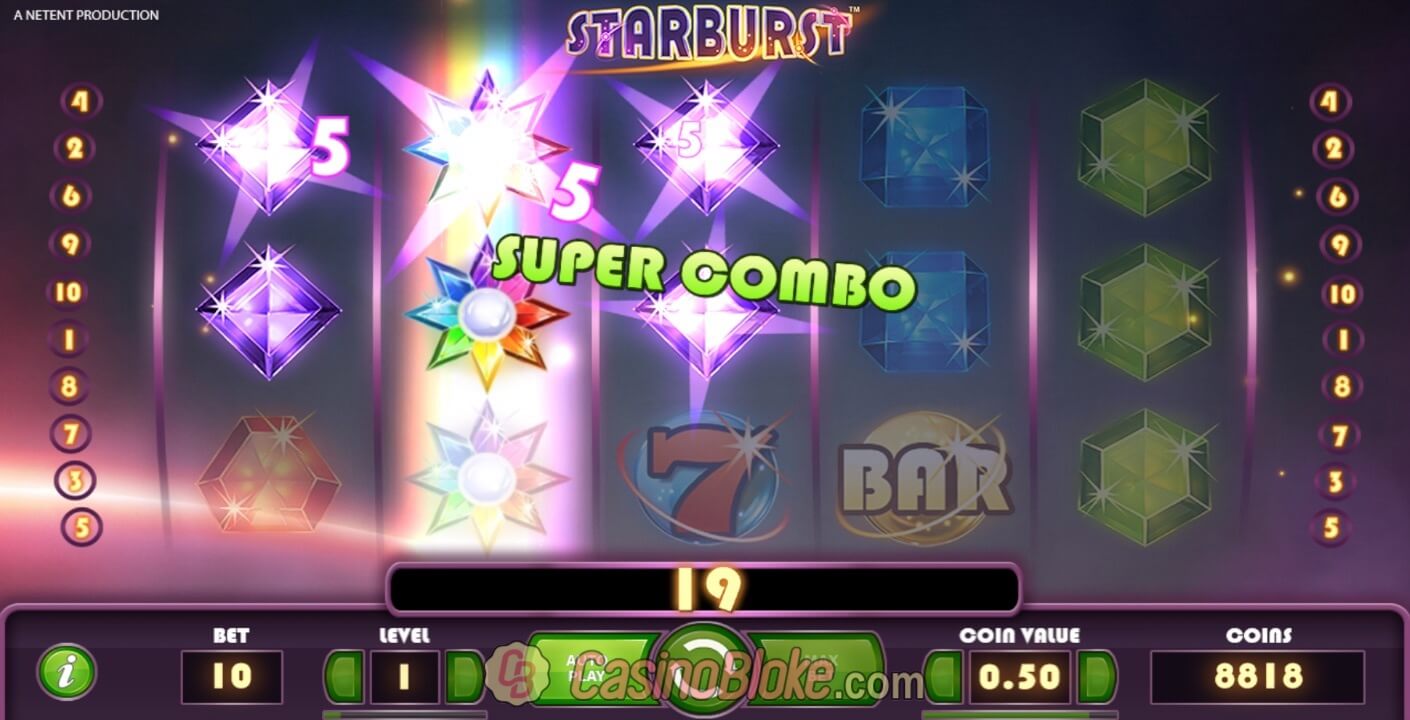 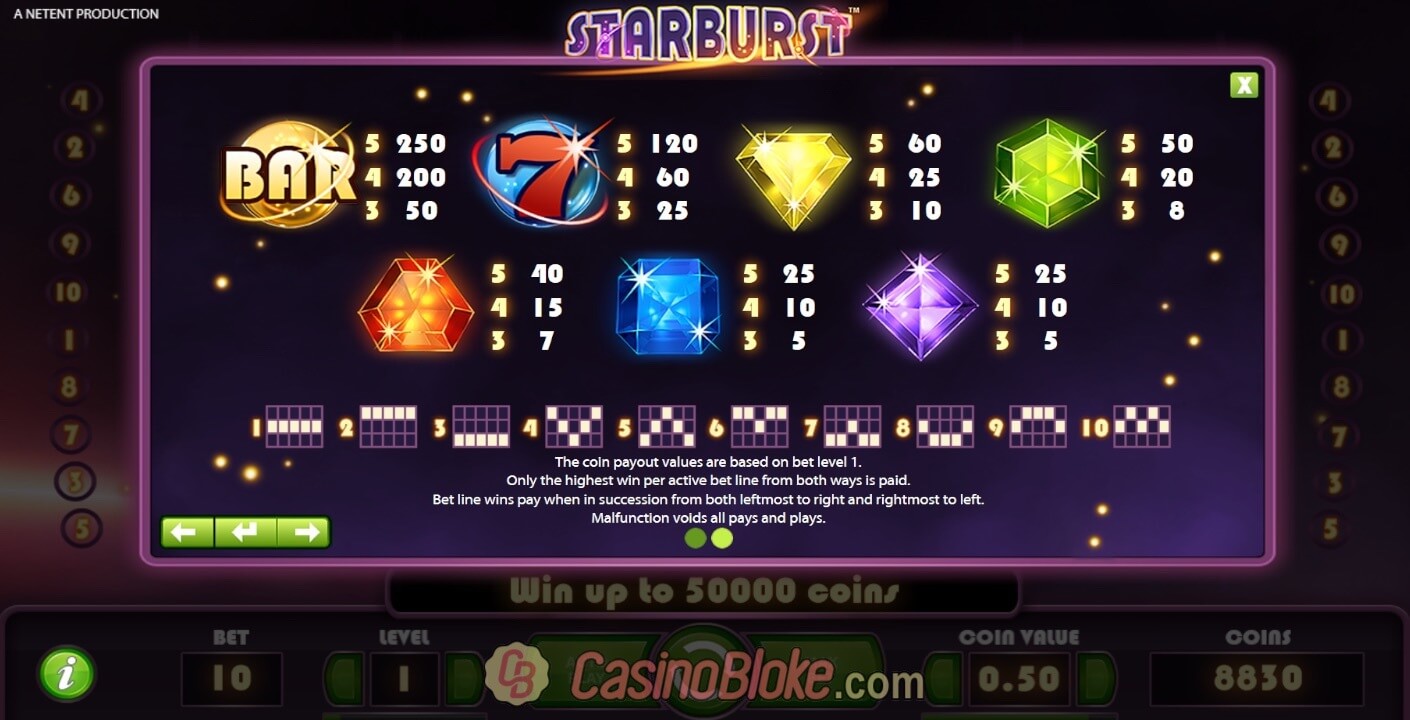 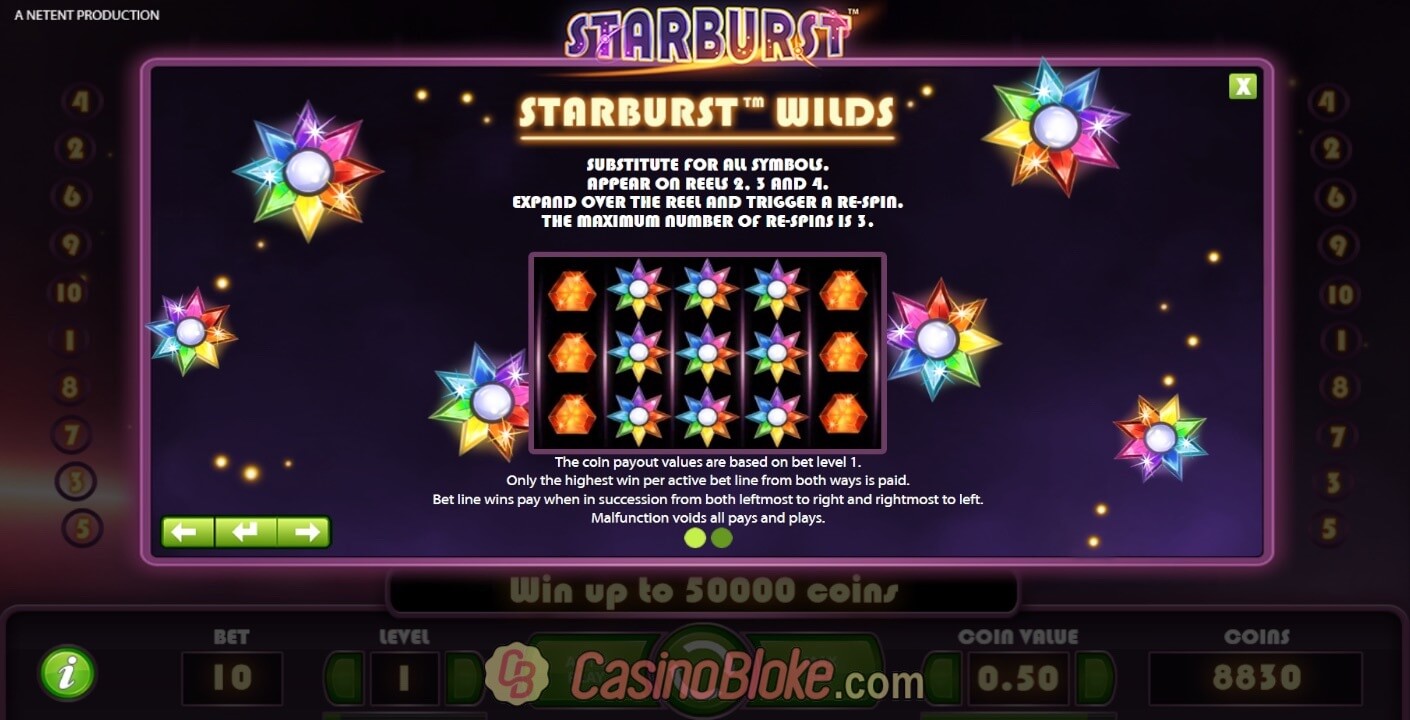 HOW TO PLAY STARBURST

The reels are set on a cosmic background, with plenty of shiny little stars surrounding the playing grid. The symbols populating the reels include planets and precious gemstones. Golden Bar symbol is placed in front of the Sun and it is the highest-paying regular symbol of the 2012 release. Lucky Seven is orbiting the Earth, apparently.

Five different gemstones are also included, so expect plenty of Emeralds, Rubies, Diamonds, Sapphires and Amethysts. Since here are no free spins, no other Bonus features incorporated, there are no Scatters, but there is a Starburst Expanding Wild that can appear on reels 2, 3 and 4.

Gameplay is as easy as pie, like in most other NetEnt products. Starburst features a standard 5×3 playing grid and offers 10 fixed paylines, which pay left to right and vice versa. The minimum number of coins you can place per bet is 10, but if you boost the Bet Level up a bit, you can wager as much as 100 coins per single spin.

The coin denomination can also be altered ($0.01 – $1). Betting starts at $0.10 and it can go all the way up to $100. Winning payouts is simple since your only task is to land at least three matching symbols on a payline starting from the leftmost or the rightmost reel.

Starburst is not one of those video slots that offer plenty of complicated special features. Instead of incorporating a standard Free Spins feature, the good people of NetEnt decided to use Expanding Wilds and respins. Starburst Wild can appear on reels 2, 3 and 4 and once it does, it will expand and cover the entire reel, while triggering a free respin.

If another Wild appears, it will also expand and trigger another respin, with two full-reel Wilds on the reels. The goal is to get all three Starburst Wilds on the reels and turn all three central reels into Wild ones, so as to land some mouthwatering payouts. It is possible to get up to three successive respins.

The Golden Bar symbol pays the most, and gamers will get 250 coins once they land five of them on a single payline. Lucky Seven is next in line, offering 120 coins for the same combination. Spinners can win up to amazing 50,000 coins in a single spin. If you set the coin denomination to the max, you can pocket up to $50,000 at once. Starburst’s RTP is 96.1%.

Starburst is intended for those gamers who are not in to action-packed video slots, but for those spinners who like to sit back, relax and simply spin the reels. There are no complicated features to worry about because you only have to wait for the Starburst Wild to appear and trigger the free respin. The 2012 release boasts crisp cosmic visuals and a fitting soundtrack that will take you on a fun adventure out of this world. 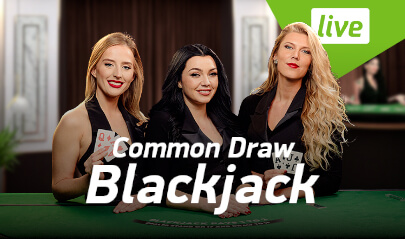 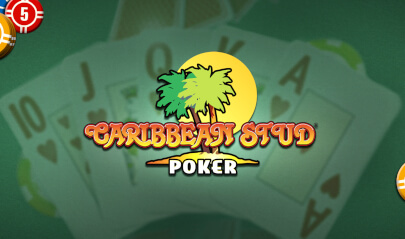 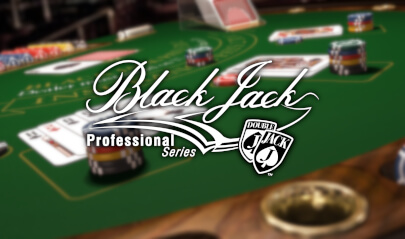 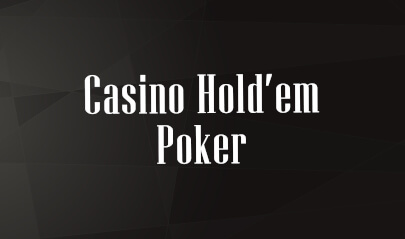 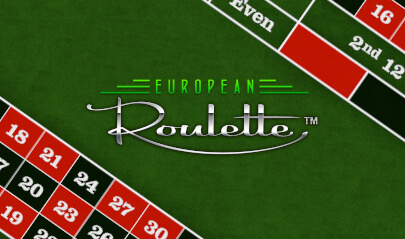 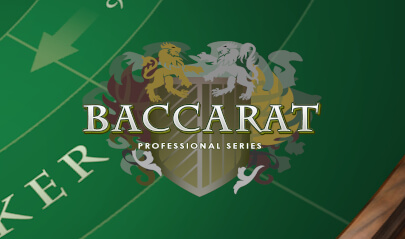 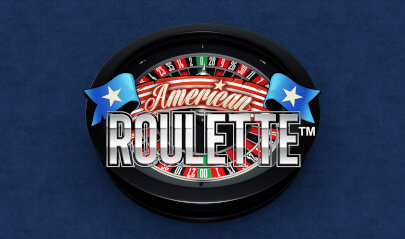 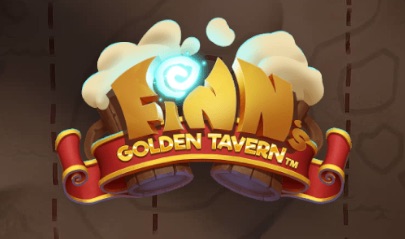 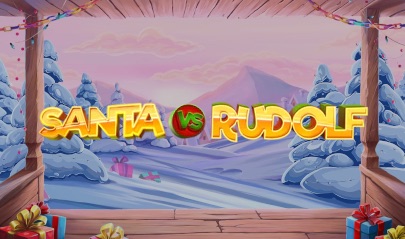 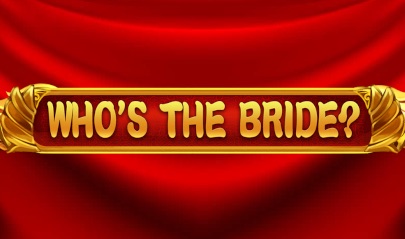 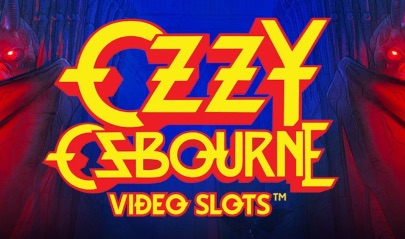 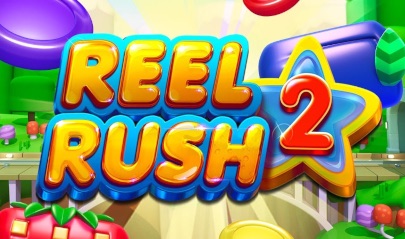