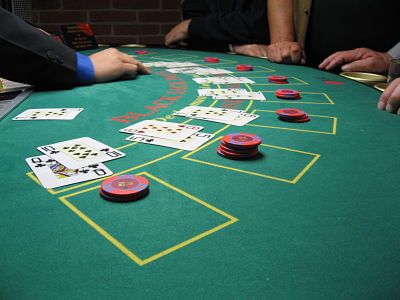 Ever since 1962, when Edward O. Thorp took the gambling world by storm by revealing how basic mathematical principles can be employed in the game of Blackjack, card counting has remained one of the most popular and frequently employed skills, used and perfected by the Blackjack enthusiasts across the world. Over time, the method evolved, generating new, adjusted and modified systems, with basic card counting as the backbone of every new variation.  In the 90s, card counting revolutionised the gambling scene once again, by becoming the foundation of a new system called Omega 2, developed by Bryce Carlson.

As a representative of unbalanced card counting systems, Omega 2 is known for its precision in determining the player’s advantage.  The main advantage of such systems is their accuracy, which compensates for the complexity, but also means that a certain amount of time and effort will need to be invested into mastering Omega 2 Card Counting.

Omega 2 is a complex, multilevel system, considered to be the most precise method with the highest success rate when compared to other Blackjack strategies. Due to its complexity, the system is mostly used by the Blackjack veterans, professionals and hard-core enthusiasts – amateurs will usually avoid it, as it can be quite time consuming and difficult to grasp. Just like in regular card counting, the player will start by assigning values to the cards – low cards will first be divided into two halves, with the first half being awarded with  +1 and the second half  with +2 value. Cards 2, 3 and 7 will therefore be counted as +1 and 4s, 5s and 6s will each be worth +2; 9s and 10s will be valued as -1 and -2, respectively.

As you progress with the card counting (presuming you are able to keep the accurate score), the total will give you the much needed information on which course to take  – Hit or Stand. With  keeping the card total at check, your chances become more favourable as the score indicates the correct values of the cards that are still inside the shoe.

You will notice that Aces are not mentioned in the above section – this is because Omega 2 system  keeps a separate track for Aces, since they increase the overall chances of getting a Blackjack hand.

The above can also be represented with a simple table of values:

The count should start at the beginning of every new shoe, as soon as the dealer shuffles the decks. As the positive count progresses and increases in total, the player’s follow-up bet becomes higher. The negative count will have the opposite effect and prompt the player to change the betting strategy – with the count becoming lower (+1 to -1), the odds will start favouring the house and the player should reduce the bets until the next score increase.

As stated, in order to correctly employ Omega 2 Card Counting method, Aces will be tracked separately. Assuming that you are playing with 8 decks, there will be 32 Aces which you need to monitor, awarding them 0 value as they are being dealt. Although the amount of focus and concentration you need to invest will be massive, certain studies have shown that keeping individual score of Aces can actually increases the efficiency rate of Omega 2 by 3%. Obviously, the number of remaining Aces will determine the overall odds, since the probability of landing a Blackjack hand will be much higher.

Benefits of the Omega 2 are rather apparent – it gives an edge and strategic advantage to any player who is skilful, patient and industrious enough to employ the method. The factor of uncertainty is completely eliminated from Blackjack and decisions are conditioned by the player’s Running Count (the total one has counted) and True Count (the result one gets after dividing the count with the number of decks inside the shoe).

On the other hand, due to the level of concentration necessary for this strategy to be successful, Omega is not designed for weekend players and people who play the game recreationally. The technique is a delicate tool used primarily by the industry professionals and players who have the ambition of making Blackjack their main source of income.  It is extremely easy to mess up and lose count, which results in the entire process collapsing, costing you valuable time and money. That said, Omega 2 gives you the advantage that is as precious as the time and effort invested. In other words, the price may be high, but it most certainly does not exceed the value of the lesson.