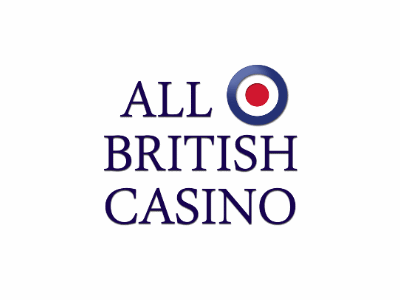 Choosing an online casino can be interpreted as a serious business by some and as an art or skill by others. What they all agree on is that picking the right casino site isn’t just a random choice or a thing to be loose about. Some form of understanding and knowledge needs to exist if you care about finding a favourable gambling venue that won’t just take your money away, but also give something back. Aside from a great range of games that is diverse and has a variety of themes and features, a good casino is expected to have a higher than average payout percentage.

When one mentions payout percentage, the first thought is a slot or a table game. However, payout percentage can be seen on the level of an entire casino and not just individual games. Payout percentages are determined by making a comparison: the amount of winnings paid out compared to the bet amounts placed. This can be done with the complete casino portfolio and get a number that reflects the casino’s payout potential and is shown in percentages. If you’re on the lookout for the highest payout online casinos, Casino Bloke has a list of great suggestions below.

It’s pretty obvious from the name that All British Casino targets UK players exclusively. The site was launched in 2013, and it runs under L&L Europe as its operator company, with sister sites such as All Australian and No Bonus Casino. With a full-on British theme, you have to be either British or to rather like British folk and culture to fully enjoy All British Casino. The site does accept players from around the world, with a few exceptions. Fully licensed by the UKGC and the MGA, All British is a safe place to be.

Industry’s top providers such as NetEnt, Microgaming and Amatic are the main suppliers, together delivering over 400 games to the All British Casino lobby. There are recent video slots on display, all-time favourites, traditional fruit machines, virtual roulette and blackjack, video poker and live casino. The brand boasts a fine mobile version compatible with iOS and Android devices, and a wide range of banking methods. All British Casino has a payout rate of 97.7%.

Bovada has been online since 2011, and they have a pretty good track record by now. What they are most recognised for is the fact that the site accepts US players, as well as Bitcoin payments. Among American gamblers, Bovada ranks at the top of the list due to its trustworthy platform and good customer treatment. Morris Mohawk Gaming Group Casinos owns Bovada Casino and the site runs with a license issued by the Kahnawake Gaming Commission. It is an instant play gaming hub accessible from both desktop and mobile devices, with an interesting mixture of software and a diverse range of games.

Rival, RTG, and Spinomenal are in charge for delivering their best titles to Bovada, and up till now they’ve build a portfolio of nearly 300 titles separated into categories of blackjack games, table games, slots, live dealer, specialty games and video poker. At Bovada, customers can count on a payout percentage of 97.7%.

Launched in 2012, the Curacao-licensed gaming venue called Drake Casino has amounted to a reputable brand and that’s a testimony of hundreds of thousands of players that have been and still are registered customers. Drake Casino targets the sensitive USA market, allowing US gamblers to play in their local currency or in Bitcoins, to claim favourable bonuses and win great prizes, and we all know there are few reliable venues that do that these days.

Drake Casino offers terrific tournaments and a chance to become a member of a prestigious Drake club with extra perks, as well as join the VIP plan. On the site, you can play slots, table games, video poker machines, jackpots, 3D slots and specialty games. The main software supplier is Betsoft, but you can find some games provided by Arrow’s Edge as well. No live casino, unfortunately. But the 97.1% payout percentage makes up for it, though.

PlayOJO offers one of the most unique casino experiences on the web. The brand was launched in 2017, causing a big fuss in the online gambling world. Why? Because PlayOJO has raised the bar, it has changed some of the repetitive practices that casino operators have been applying for years like they were rules. Obviously, it took some time before a casino rises up and says – we’ll give our customers bonuses without wagering requirements! And not just that; PlayOJO has introduced a lot of interesting stuff like the OJOplus ranking, OJO daily Kicker, OJO Reels Spinoff daily tournaments and the OJO Wheel. The site is run by SkillOnNet Ltd and operates under licenses issued by the UKGC and the MGA.

When you sign up with PlayOJO you get access to around 700 top casino games developed by NetEnt, Microgaming, NextGen, Amaya, Blueprint, WMS, Barcrest, Merkur, SkillOnNet, Yggdrasil, Realistic Games and Big Time Gaming. There’s also a live casino section provided by Evolution Gaming and Extreme Live Gaming. The average payout potential at PlayOJO, one of the highest payout online casinos, is 97.0%.

If you’re betting from the UK, Scandinavia or Germany, one of your best choices is undoubtedly Casumo Casino. The brand was established in 2012, and has since won several prestigious awards and the audience’s trust. Casumo is owned by Casumo Services Limited Casinos, and offers online gambling services thanks to valid licenses from Malta and the UK. The welcome bonus quite generous, and there are daily tournaments to look forward to.

The existence of tournaments is no surprise; after all, Casumo features prime slots made by the likes of NetEnt, Microgaming, Bally, Play’n Go, WMS, Barcrest, IGT, NextGen, Thunderkick, Quickspin and Elk Studios. There are over 900 slots on site, and well over 1000 casino games overall. As you can see, Casumo Casino has a lot to offer when it comes to games, and the situation is just as convenient when it comes to banking, support and mobile compatibility. Casumo customers can rely on a payout percentage of 97.0%, sit back, relax and gamble safely.