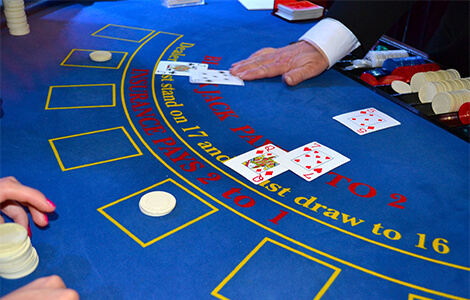 The Zen Count is a card counting system invented by Arnold Snyder and explained in a couple of books he wrote on the subject of one of the most popular casino card games – Blackbelt in Blackjack and The Big Book of Blackjack. Like any other card counting system, Zen Count has been created to allow the player to get an edge over the house. While Mr. Snyder has made sure to also offer advice usable by beginners, you’ll need to be an intermediate Blackjack player in order to apply his Zen Count system, and have a pretty solid knowledge of the game’s basic strategy.

All card counting systems, including Zen Count, function on the basis that the player bets more when odds are in their favor, and less when they’re not. In Blackjack, it’s favorable to have more Aces and 10-value cards remaining in the shoe, since the higher concentration of such cards, the more Blackjacks a player is going to be dealt (which, by the way, pay 150%), and the more often the dealer is going to bust. By following a ratio of small cards to high cards, the player gets an indication of when the advantage shifts. When the house has the advantage, they’ll be betting less; when they have the advantage, they’ll wager more.

One doesn’t actually need to memorize each and every card that has been played. Instead, card counters use a little thing called “running count”  which starts at zero and serves as an indicator to increase or decrease the size of the wager. When they see a high card come out, they’ll subtract points from their running count, and when they see a low one, they’ll add to it. This is done for every card that comes out of the shoe until the dealer shuffles the deck. Increase in the running count is a signal of advantage shifting to the player and vice versa. In the old days, when Blackjack was played with a single deck, this would have been enough. However, the introduction of multiple decks (casino’s attempt to prevent card counting) necessitated an adaptation of existing strategies. This was done by translating running count into a “true count”, which is basically the count per deck calculated by dividing the running count by the number of decks remaining to be dealt.

The main difference between various card counting systems is how much is added and subtracted.Zen Count is a balanced system, meaning there is an equal number of positive and negative points within a deck, and correct counting will end up with a total of zero. It’s also a multi-level system where the amount one adds and subtracts depends on the card’s rank. In Zen Count, cards have following values: 2s, 3s and 7s count as +1; 4s, 5s, and 6s count as +2; 10s are valued at -2, Aces at -1, and all other cards are worth 0. It’s worth noting that, unlike many other card counting systems, this one also assigns count value on the Aces and thus makes it unnecessary to count them on the side.

Translating the running count into a true count could be a bit complicated for less experienced players, so it’s good to know that Zen strategy will work even if you don’t do it. However, its accuracy and efficiency will be increased by using true count as the base for your betting decisions.

How to Size Your Bets Using the Zen Count System

So, you’ll be calculating your running count as described above, ideally estimate how many decks are still left in the shoe, and divide one with the other to get to your true count.When the true count is 1 or lower, you’ll be wagering a single unit only. Each additional point should see you increasing the wagered amount to that equal to your true count. For example, a count of +2 will prompt 2unit bet, a count of +3 will have you wagering 3 units, and so on. Sounds easy? In terms of mechanics, it rather is, but a certain amount of practice is certainly required to be able to do it properly and still enjoy the game.

Hi-Lo card counting system is probably the one most commonly used. It was introduced back in the early 1960s and is a bit more simple to implement as there are only 3 different values attached to cards. The 2s through to 6s count as +1, the 7s, 8s, and 9s are worth 0, and all other cards (all those with the value of 10 plus the Ace) count as -1.

When comparing Hi-Lo to Zen Count, there are a few parameters to look at. One is betting correlation (BC), which is an estimate of the count’s accuracy when sizing one’s bets, and where both Hi-Lo and Zen score 0.97 (or 97%). Another is playing efficiency (PE) which shows how well the count adjusts for deviations from the basic Blackjack strategy. Here Hi-Lo scores 0.51 vs 0.62 of Zen Count. Finally, there is the insurance correlation (IC) estimating how well each system evaluates decisions linked to insurance. Once again, Zen Count scores higher with 0.84 vs Hi-Lo 0.76.

How to Master the Zen Count Strategy

The right way to start is by memorizing cards’ values. Grab a deck and go through it while stating how many points each card delivers. Once that’s been safely entrusted to your memory, start calculating the running count. Remember, it begins at zero and then increases and decreases depending on the card’s value. It’s helpful that a balanced system like Zen Count gives a total of zero once you arrive at the end of the deck, thus providing an easy way to check how successful you were. Next step is to progress to true count and upgrade your card counting system by taking into account multiple decks. When you feel confident enough, try it out in a real Blackjack game. Find some of the best Blackjack casinos here.