Rise of Olympus Slot is a Play'n Go slot launched in 2018. The game houses 5 reels and 1 paylines with a 96.5% RTP. This non-progressive slot game also features multipliers, mobile, wilds, bonus games, free spins. This game has a jackpot of 10,000x bet and is available for playing on both desktop & mobile.

Greek mythology has always been an inspiration to movie makers and game developers, as well as the creators of video slots. That is also the case with Play’n Go since they released Rise of Olympus, a five-reel, five-row video slot that offers three different special features. You will reach heaven and hell, as well as the bottom of the sea, because Zeus, Hades and Poseidon will follow you on your adventure.

The Hand of God will help you form winning combinations during base game, while you will have to charge the Meter in order to experience the Wrath of Olympus. Clear the entire grid to trigger the Free Spins feature. 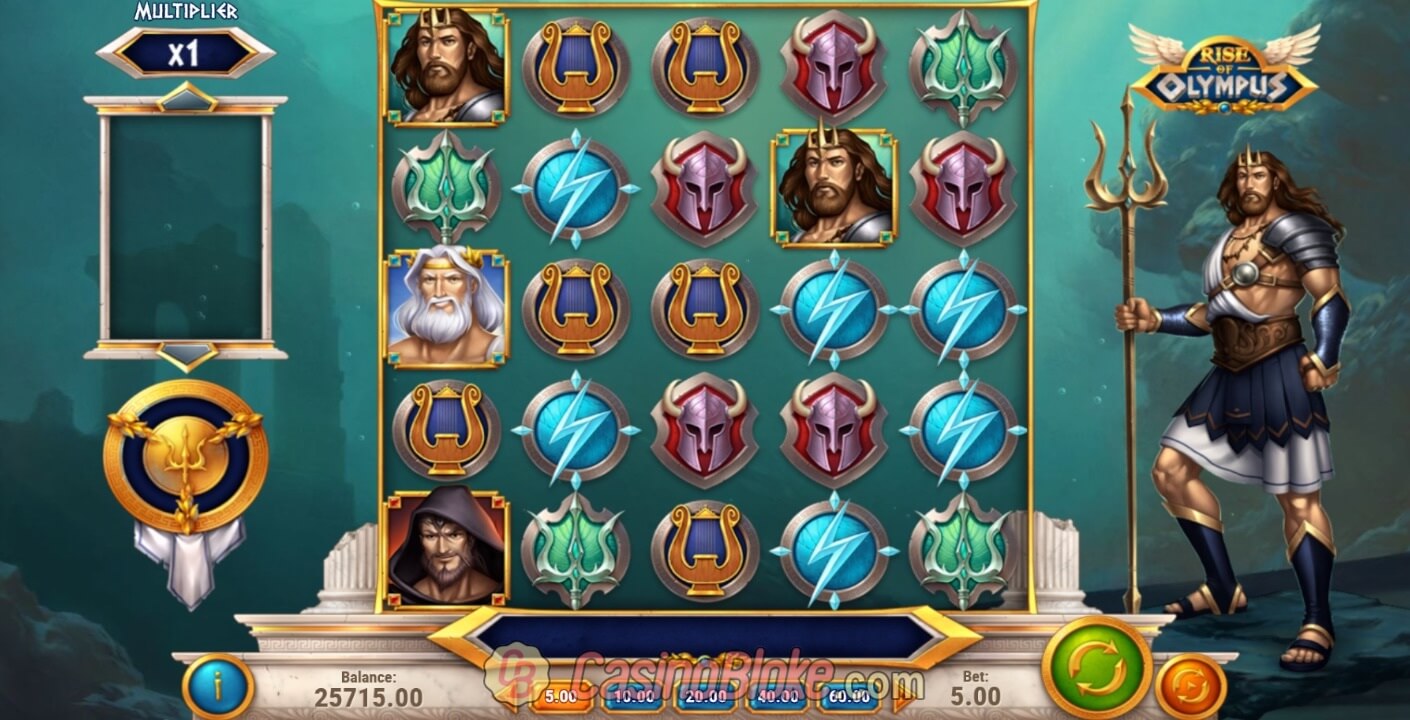 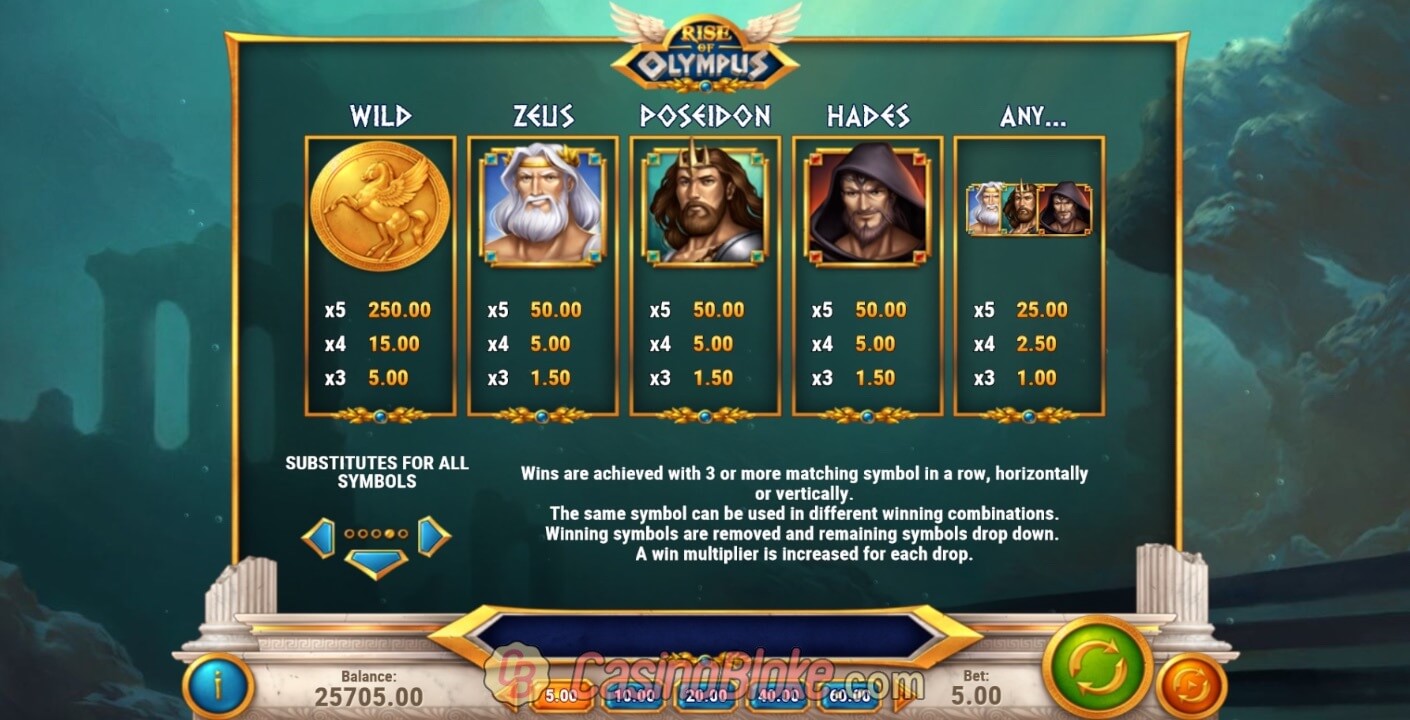 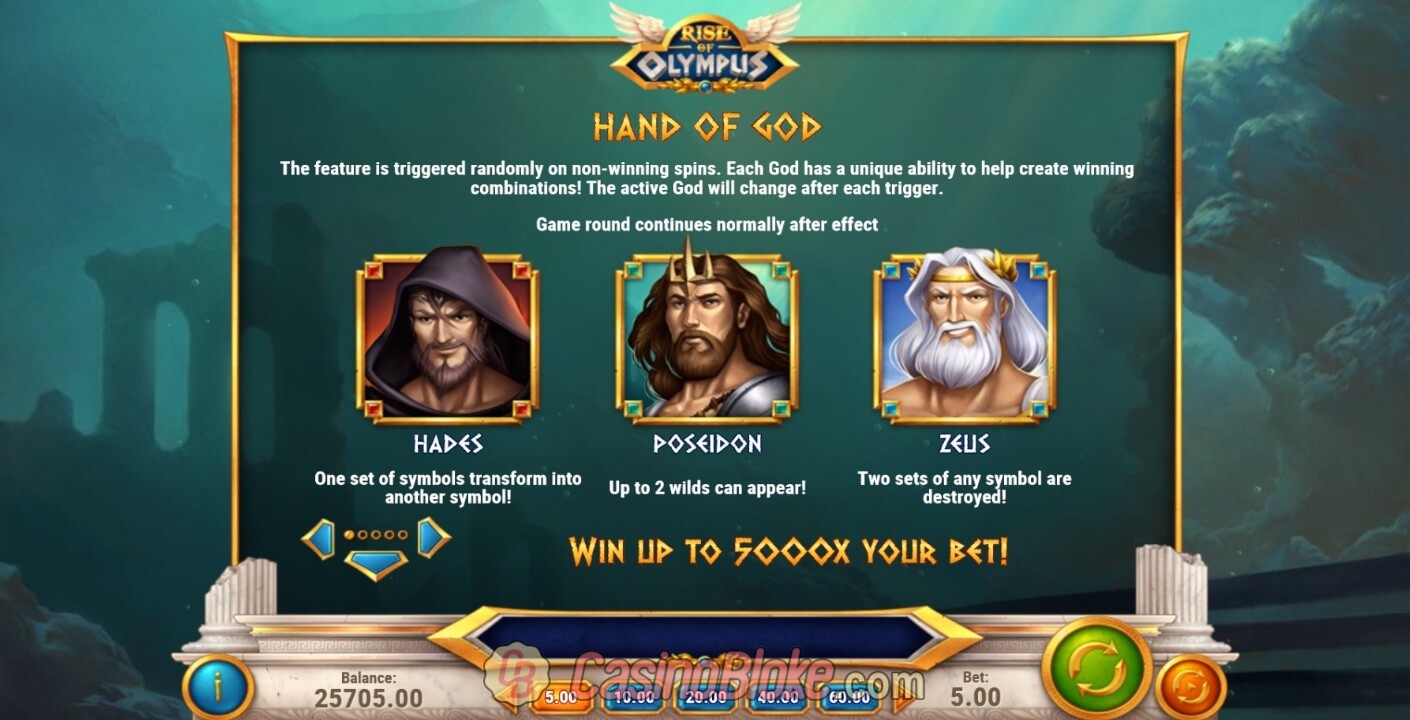 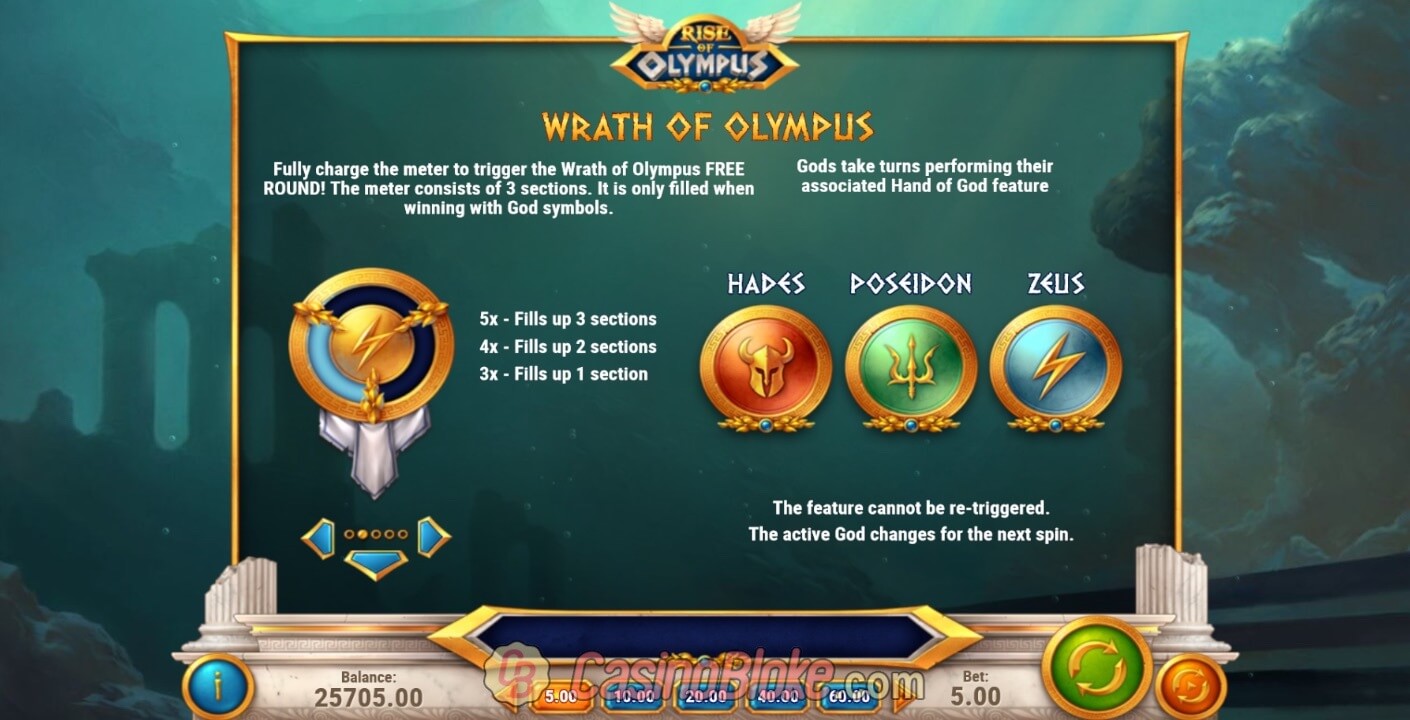 HOW TO PLAY RISE OF OLYMPUS

As you spin the reels, you will visit three different kingdoms: Heaven, the kingdom of the mighty Zeus, Hell, which is the home of Hades and the ocean, ruled by Poseidon. The gods will assist you make winning combinations, but will also be present on the reels as high-value symbols. Hades’ Helmet, Poseidon’s Trident and Zeus’ Lighting are also present.

The last of the low-value symbols is the Harp. Pegasus is used as a Wild that substitutes for all symbols. The gods will pay separately, but gamers will also be able to win payouts combining all three gods in a row.

Instead of using classic paylines or ways to win, Play’n Go decided to release a video slot where gamers achieve winning combinations by landing matching symbols in one row, vertically or horizontally, anywhere on the reels. Three of a kind is the minimum for landing payouts. The 2018 release features a 5×5 playing grid, meaning there is more room for winning combinations.

The Wrath of Olympus feature is triggered once the Meter, which is placed in the left corner of the screen, is fully charged. You charge the meter by landing winning combinations including Gods symbols. Three of a kind will fill one section, four of a kind fills two sections, while five of a kind fills all three sections of the Meter and triggers the feature. Gamers get one freebie with all three Hand of God actions being performed, so expect Zeus, Hades and Poseidon to do their magic.

As you land winning combinations, you will notice that winning symbols are destroyed. The goal is to clear the grid in order to trigger the Free Spins feature. Spinners then pick one of three gods on the offer. Hades offers 4 freebies and for more in recharge, Poseidon gives away 5 free spins and 3 extra in recharge, while Zeus provides 8 free spins, but only two in recharge.

Recharge is achieved when spinners fully charge the Meter. Thanks to recharge, punters can trigger up to 20 free spins in total. The chosen Hand of God is also active during the feature and will start after each non-winning spin. The multiplier can reach up to 20x during freebies.

The Greek gods are not considered to be very generous, because they used to trick mortals many times. In the Play’n Go product, deities are a bit different and will offer the maximum possible payout of 10,000 times the bet. Of course, punters will definitely have to reach the Free Spins feature and boost the multiplier to the max for such a payout. Rise of Olympus’ RTP is 96.5%.

The 2018 release is a perfect game for action junkies that adore Greek mythology. The theme of the Play’n Go title is extremely popular and we are positive it will attract an army of spinners craving for exciting additional features. More features means more opportunities for hefty payouts. In our humble opinion, gods are extremely generous in Rise of Olympus and if you honour the gods, you will be rewarded for your trouble. All in all, Play’n Go deserves a pat on the back for a job well done. 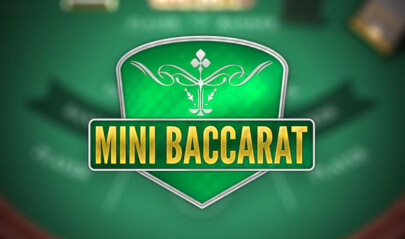 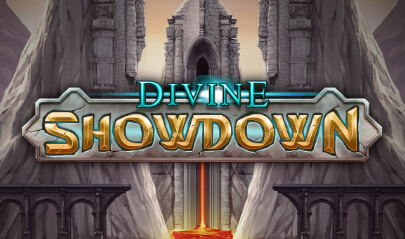 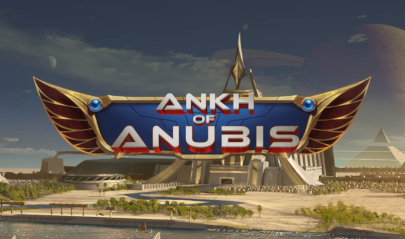 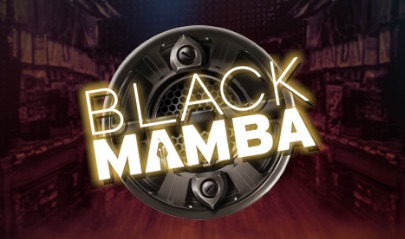 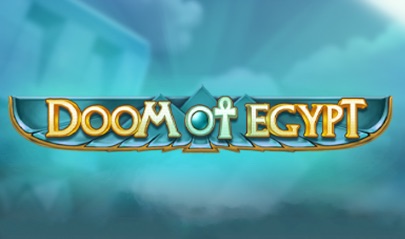 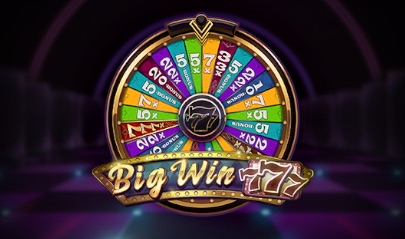 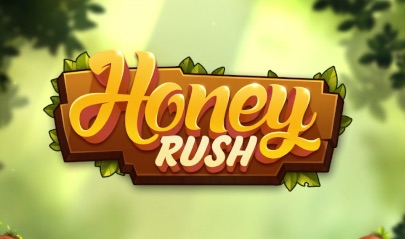 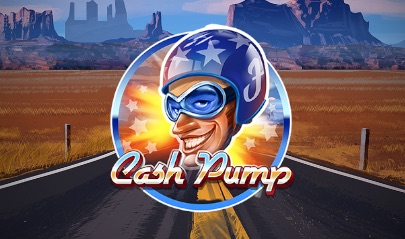 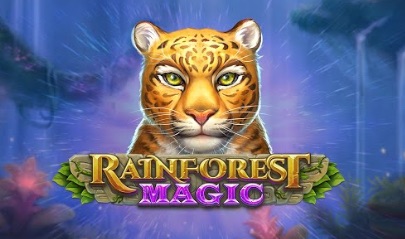 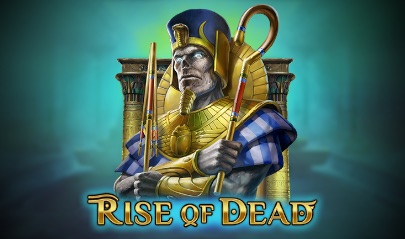 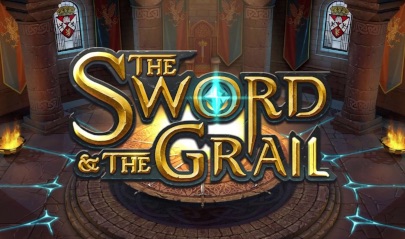 the sword and the grail