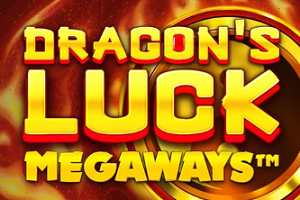 It seems that Red Tiger Gaming decided to boost the original Dragon’s Luck video slot by adding a Megaways game engine, powered by BTG. What we have in the end is Dragon’s Luck Megaways, a six-reel video slot that benefits from up to 117,649 ways to win. With an Asien feel to it, the 2019 release offers several interesting additional features, including the Mega Coin feature, where a Mega Coin can get as big as 4×4. Dragon Coin symbol will transform into a randomly chosen regular icon, while the Dragon’s Blessing feature awakes the sleeping Dragons on both sides of the reels, thus boosting the value of Dragon Coins.

Those of you who had the pleasure of playing the original video slot will notice that there are plenty of similarities. The reels are set in front of a Chinese pagoda, between the two stone pillars, guarded by two Dragon statues. We have already mentioned the Dragon Coin, which transfers into other regular symbols. An icon carrying 138 number pays the most and is accompanied by a Girl (or a Girl Rabbit), a Koi Fish and a Lotus Flower. Normally, the low-value icons are represented by playing cards. Unfortunately, there are no Wilds on the offer.

As for the rules of the game, they are quite standard, even though one might think that the Red Tiger Gaming product is a complicated game. The 2019 release features six reels and from two to seven symbols can appear on each reel, thanks to the Megaways game engine. Players will benefit from up to 117,649 ways to win. The slot pays left to right, right to left and in the centre, and, basically, you only need to land at least three matching symbols on successive reels to win a payout. Betting is fixed at 30 coins per spin, but the coin denomination can be changed, so spinners can bet as low as £0.20 and as high as £10 per spin.

The maximum possible payout gamers can expect in the 2019 release is set a bit over 10,000 times the bet. To be precise, 10,368 times the bet, which can be a very sweet reward, especially if you set the bet to the max. The 138 Coin is the symbol that pays the most, offering 38 coins for six of a kind. Other icons are not as generous. Dragon’s Luck Megaways’ RTP is 95.69%.

Just like the original, the latest Red Tiger Gaming product is playable across all devices. That means that spinners can enjoy the 2019 release on their desktops, laptops, mobile phones, tablets and other compatible handheld gadgets and they do not have to worry about the quality of the game, it is completely the same on any device.

– Playable across all devices

We are positive that the fans of the original video slot will go crazy for Dragon’s Luck Megaways because it seems that the sequel is really an improvement of the previous version. We can all agree that the theme of the game is quite common since we have more than enough Chinese-themed video slots on the offer. We do not like the fact that there are no free spins, and we feel that the Red Tiger Gaming title lacks action. On the other hand, Dragon Coins, Mega Symbols and Dragon’s Blessings will really help you land hefty payouts.