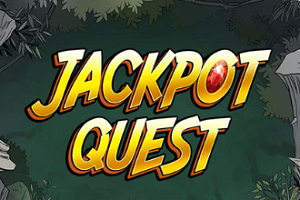 The good people of Red Tiger Gaming have sent us on various quests over the years, and this time it’s no exception. We will join a handsome young Daredevil, who is on his way to the jungle in order to discover the long-lost Golden Slot. Jackpot Quest is a five-reel, 40-payline video slot that offers no free spins, but it is far from boring, because there will be action, excitement and, of course, hefty payouts. Gamers will benefit from the Win Respin feature, triggered every time a win is made out of high-paying symbols. Also, there is the Ruby Talisman Scatter, which will activate several additional features.

Once you start spinning the reels of the Red Tiger Gaming title, you will have the impression you are in a comic book. The main character of the story, a guy we like to call Daredevil, needs to cover a lot of ground before he reaches the Pyramid and discovers the Golden Slot, which is actually the highest-paying regular symbol. Also, expect to see his Satchel, his Whip and his Map, which are all high-paying symbols. The Ruby Talisman is the Scatter that triggers certain features we will talk about later. Playing cards are used for low-paying symbols.

This is a very dangerous mission, where you will need to avoid traps, holes and even crocodiles, so the good thing about the 2019 release is that the rules of the game are quite simple, because all players need to focus on the quest and spin the reels like pros in no time at all. The Jackpot Quest video slot features six reels, six rows and benefits from 40 fixed paylines, which pay left to right, starting from the leftmost reel, with tree of a kind being the minimum for landing wins. Betting is fixed at 40 coins per spin, but the coin value can be changed and players can wager from £0.20 to £100 per single spin.

This mission is very dangerous, but those of you who decide to come can expect up to 1,000 times the bet per single spin, which is not that bad. The Golden Slot is the symbol that pays the most, offering 1,000 coins for six of a kind. Satchel is not that generous, offering 600 coins for the maximum combination. Jackpot Quest’s RTP is 96.06%.

If you are one of those scaredy-cats, remember that you can always go on a mission from a safe distance. Try out the Red Tiger Gaming product from the safety of your homes, or from a safe distance, because the 2019 release is playable across all devices.

We had so much fun testing the Jackpot Quest video slot! Even though there are no freebies on the offer and that action junkies would expect a bit more action on a mission as dangerous as this, we feel that the Red Tiger Gaming title offers more than enough. First of all, players will love the Win Respin feature, due to the fact that it is triggered only by high-value symbols. Second, the Ruby Talisman Scatter is also a very useful addition to the story, because it has the power to transform high-value icons and make them pay generously.