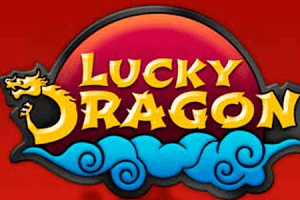 The goods people of MGA are taking all gamers to ancient China, the home of the Blue Dragon, who will award you with free respins and Wild reels. Lucky Dragon is a five-reel, three-row slot with 10 fixed paylines that pay left to right and vice versa. Gamers can benefit from respins and expanding locked Wilds that turn the entire reel into a Wild reel. Join us and visit the beautiful and colourful temple of the Lucky Dragon in the MGA title and win up to 50,000 coins. The slot can be played from £0.10 per spin.

If you ever had the chance to play a game themed after ancient China, you will definitely recognize all of the symbols that populate the reels in the MGA product. The reels are set on a traditional Asian temple. The Blue Dragon, or the Lucky Dragon is the Wild that substitutes for all symbols and rewards respins. The Golden Dragon is the highest-paying symbol of the 2016 release. You will also come across a Lion statue, Monkey with a bag of coins, Blue Bird, Stone Lantern, Koi Fish and a Bawl full of Rice. 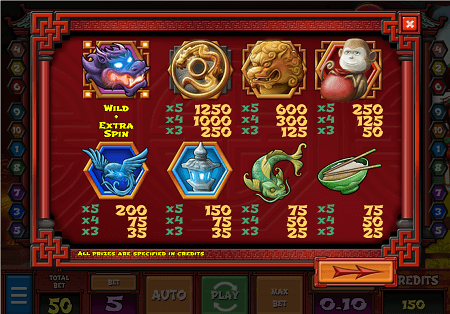 The 2016 release offers five reels, three rows and benefits from 10 fixed paylines, which pay both left to right and right to left, meaning that spinners can form winning combination from the leftmost and from the rightmost reel. Three of a kind is the minimum for landing payouts. Remember that you need to set the coin value (£0.01 – £0.20) as well as the number of coins you want to bet per line (1-10). The lowest possible wager is set at £0.10, while you cannot bet more than £20 in a single spin.

Unfortunately, there are no free spins on the offer, but gamers can trigger respins. All they need to do is land the Lucky Dragon Wild on reels 2, 3 or 4 and the Lucky Dragon will appear, use his powers to expand the Wild to cover the entire reel and give you a free respin. The Wild reel will remain locked on its position during the respin. If you land an additional Wild during the respin, you will get an additional respin. It is possible to trigger up to 3 successive respins.

The Gamble feature is available for all punters who are not satisfied with the won amount. Just spin the wheel and see whether you will double your wins, or lose your winnings. It is possible to play the Gamble feature until you win up to 2,000 coins. 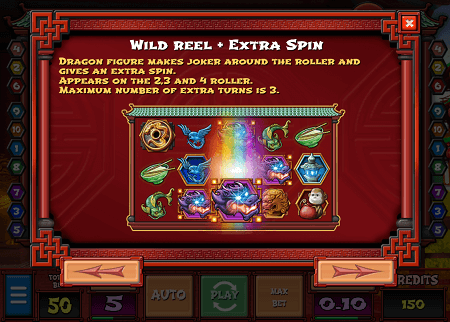 According to the good people of MGA, spinners can win up to 50,000 coins in a single spin. The Golden Dragon is the symbol that pays the most, 250 coins for five of a kind. The Lion will reward you with 120 coins for the maximum combination. Try to trigger all three successive respins and turn all central reels into Wild reels in order to secure massive payouts.

Lucky Dragon is a mobile-friendly video slot, meaning that it can be played across all compatible devices. If you prefer playing your favourite games from the comfort of your homes, you can try out the MGA title on your desktops. If you are one of those mobile gamers, the 2016 release can also be played on the go, offering the same gaming experience on all gadgets.

Due to the fact that we are action junkies who enjoy the Free Spins feature, we have to be completely honest and say that we are not into video slots that don’t offer freebies. On the other hand, the expanding locked Wilds, Wild reels and respins proved to be a useful addition to the story, because you can win quite a lot, especially when you manage to trigger successive respins. All in all, Lucky Dragon is worth a try, at least for the kick of it.