WebPay Plus is a payment service powered by Transbank, the leading Chilean credit and debit card processor. Since it originates from Chile, it comes as no surprise it is the payment method most frequently used by online casinos in this South American country. WebPay Plus functions in a simple way, allowing online casino players in Chile to deposit at online casinos with a wide selection of bank cards in their local currency. WebPay Plus enables them to place fast online casino deposits and supports Redcompra debit and prepaid cards, making it the perfect choice for players who don’t have a bank account or a bank card.

WebPay Plus essentially acts as a middleman between a player’s bank card and the online casino. It’s a safe payment method that protects all personal and banking information. In practice, that means this sensitive data will not be shared with your online casino. So far, WebPay Plus ticks all the right boxes: it uses the local currency, allows fast deposits, protects players’ information and can be used with different credit and debit cards. Stay with us to read the detailed review of this popular payment service and learn how to use it at online gambling sites. Let’s go.

Payment methods that offer players the chance to use local currency have proven to be very popular. These types of services have been booming all over the world. WebPay Plus is one of them, and it’s specifically made to suit online casino players from Chile. At the same time, that’s its biggest downside, since targeting a single market means not many online casinos will accept WebPay Plus as a means of payment.

The list of online casinos that accept WebPay Plus includes such leading platforms as LeoVegas and 1xBet. Our experts have compiled a list of top WebPay Plus casinos we deem safe and reliable. We suggest reading our reviews before making your choice. Good luck.

Our Rating of WebPay Plus

As we previously mentioned, WebPay Plus is powered by Transbank, a company founded in mid-1989 after eight banks joined forces. A year later, Transbank started working with a local issuer of Visa credit cards and offered Diners Club cards. Its network of stores kept on growing, and soon it began issuing Mastercard. In 1992, Tranbank introduced the online security system called Transnet, which offered secure and faster transactions. Three years later, the first debit card became available in Chile.

Transbank launched the Redcompra debit card in 1999, although just as a pilot project. A year later, Redcompra went nationwide, together with the WebPay online payment platform. WebPay Plus was introduced in 2008 to increase internet sales. In addition to these payment services, Transbank created many other products, including Pinpass, Cobro QR, SmartPOS, and prepaid Redcompra.

However, since Transbank both issued credit cards to its customers and processed their transactions, it was accused of monopoly. The National Economic Prosecutor’s Office conducted an investigation following the request from the Chamber of Deputies. In 2016, Transbank lost its monopoly after the Chilean payment service provider Multicaja joined the market.

Today, Transbank is one of the most reputable financial institutions in South America, with millions of Chileans using its services every day. The bank processes cards both on and offline. WePay Plus is one of the bank’s most popular products. This business-to-business solution allowed merchants to accept online transactions by implementing the product on their website. In the end, customers can use the service to make online payments using their bank cards.

To start funding your online casino account through WebPay Plus, you don’t need an account with Transbank. Your online casino does. The only thing you need is a valid bank card and enough funds. That’s all. You can make online payments wherever the WebPay Plus logo is present.

Since you won’t need to open an account, we won’t waste any time explaining how to do so. Instead, we’ll focus on giving you information about the available WebPay Plus options when it comes to making online casino deposits.

If you want to use WebPay Plus, the only requirement you need to meet is to have a valid bank card accepted by this service. Redcompra is one of them. As previously mentioned, Redcompra is a popular payment method powered by Transbank, which comes in two flavours: Redcompra debit and Redcompra prepaid card. The latter is intended to minimise the use of cash, and it’s also handy for online casino players who don’t have a bank account. Apart from Redcompra, WebPay Plus accepts a wide variety of cards, including Visa, Mastercard, Diners Club and American Express. Paying through WebPay Plus can also be done with a Magna card.

WebPay Plus is a payment gateway, which means it functions as a middleman between the player’s bank and the online casino. The service handles all your transactions within a secure banking ecosystem. It makes WebPay Plus similar to a digital wallet, although you won’t have to fund your wallet. All you have to do is enter your banking details. Your banking account is not directly linked to the merchant, which means the service will be facilitating the entire process. WebPay Plus accepts transactions in Chilean pesos and US dollars.

How to Make Deposits and Withdrawals with WebPay Plus

It’s time to learn how to make online casino deposits using WebPay Plus. Since you’ll be using your bank card to feed your casino balance, making deposits will be similar to any other transaction that requires a credit or debit card. But is making deposits with WebPay Plus straightforward? Let’s check out.

Visit your online casino, log into your account (or sign up if you don’t have any). Then open your profile and check out the Deposit section to see the list of available deposit methods. Find the WebPay Plus logo and click on it to select the type of card (debit or credit) you’ll be using to make deposits. Enter the amount you intend to transfer, enter the bank card information, its CVC code, and then hit Confirm or Next. You’ll be directed to your internet banking page, where you’ll have to log in and confirm the transaction. To verify your deposit, enter the PIN code received in an SMS. And that’s it! You’re ready to gamble now!

Unfortunately, the WebPay Plus system doesn’t accept withdrawals. We recommend you check out the available alternatives. In most cases, your only option will be a bank transfer.

As we already mentioned, WebPay Plus doesn’t accept withdrawals, so you’ll have to visit the Cashier section to see what options you have at your disposal. We again point out that in most cases, your only alternative will be a bank transfer.

Transbank charges fees to businesses that integrate and use WebPay Plus. The minimum debit card rate is 1.49% + VAT, while the maximum is 2.95% + VAT. If the transaction involves currency conversion, the exchange rates range from 0.05% to 2.40% (credit cards) or from 0.05% to 1.15% (debit and prepaid card). At this moment, we don’t know what effect these percentages have on players. The best way to get all the necessary information is to check out your casino’s banking page.

Players can look forward to instant deposits when using bank cards to make direct payments through services like WebPay Plus. According to Transbank, though, transactions done with Recompra need up to 24 hours to be handled. Payments with other cards are processed within 48 hours. For detailed information about these timeframes, we advise you to contact your online casino’s customer support.

If you require any sort of help, be sure to visit Transbank’s help page. All topics are divided into categories, and since the page is easy to navigate, you shouldn’t have any problem finding the needed information. However, if you fail to find the correct answer, you can always contact customer support by sending an email to [email protected] or contacting them via the mobile number (+56 2) 266 127 00, or landline number 600 638 63 80.

The most convenient way to get in touch with a customer support agent is through a live chat. To start the session, you’ll need to enter your name, your Chilean tax ID number (Rol Unico Tributario). Live chats are available from 9 am to 8 pm every day.

Why Use WebPay Plus

If you live in Chile, you’re probably familiar with WebPay Plus and the benefits it brings. Many online casinos accept WebPay Plus, so you won’t have any problem finding an online gambling site to make deposits using this service. It is one of the main advantages of WebPay Plus, as you’ll be able to use it at many leading online casinos in Chile.

You can check the selection of the best WebPay Plus online casino on this page. You can make payments in the Chilean peso and the US dollar, while conversion fees are affordable. The fact you don’t need an account to use WebPay Plus makes it easy to use. However, you won’t be able to withdraw money using this service.

WebPay Plus is regulated by Transbank, one of the most reputable financial institutions in South America. Transbank is a Bank Business Support Company that complies with the General Banking Law, providing players with the highest level of security and safety.

Common Questions Related to WebPay Plus Deposits and Withdrawals

You don’t need to open an account to use WebPay Plus, as this service allows user to fund their online casino account with their credit or debit cards.

No, you can’t. The payment method is exclusively available to players from this South American country.

Unfortunately, WebPay Plus doesn’t support withdrawals. To claim your winnings, you will have to find an alternative solution, such as a bank transfer.

Of course, it is. WebPay Plus is owned by Transbank, one of the leading financial institutions in South America. WebPay Plus is 100% legit, and you can use it without having to worry about the safety and security of your personal and banking information.

WebPay Plus accepts payments with Visa, Mastercard, and American Express. It can also be used with Chilean bank card brands Redcompra and Magna card. 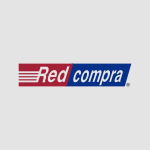 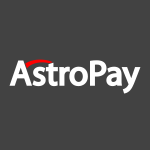 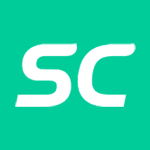 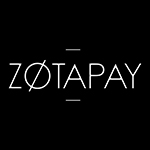