Local payment methods are nothing new. As a matter of fact, payment services built to suit a specific market, country, or region are starting to dominate over global transaction methods. One such alternative payment option is Redcompra. Redcompra is a debit card and one of the most popular payment methods in Chile. Offered by Chilean Transbank, Redcompra is compatible with the WebPay Plus platform. Transbank created this platform to provide speedy and convenient online transactions using bank cards. Redcompra is, therefore, a quick and easy way for gamers in Chile to make deposits at online casinos. Using local currency.

Redcompra, in combination with WebPay Plus, is among the most used banking methods in Chile. It also has a prepaid version, Redcomrao Prepago, ideal for those who don’t have bank accounts. Or for those who simply don’t want to use bank cards for online gaming. Anyhow, online casino enthusiasts frequently opt for Redcompra to fund their online casino balances.

Casino Bloke team of experienced gamers and fintech specialists decided to assess Redcompra and deliver an in-depth review. We’re especially interested in scanning such alternative payment services tailored for specific local ecosystems. Here is our impartial Redcompra analysis with all the ins and outs, benefits and disadvantages. So, Chilean players, it’s time to find out if Redcompra is an ideal online casino deposit method. Keep reading.

We’ve said already that Redcompra is a localised payment method available in Chile. So, this immediately raises the alarm that only Chile-facing casino sites will accept deposits with Redcompra debit cards. And yes, the number of gaming venues is limited. But, this doesn’t affect their quality. Some of the most notable iGaming brands offer Redcompra.

1xBet and LeoVegas and are online casinos where players from Chile can use Redcompra to fund the casino balance and play games. However, we are monitoring the situation at all times, so as soon as we find another Redcompra online casino, it will be added to the list. So, stay with us.

Transbank S.A., which runs the Redcompra brand, was founded in 1989. The company was a joint venture of eight Chilean banks. They created Sociedad Interbancaria Administradora de Tarjetas de Crédito SA. It later became known as Transbank. The company was a trailblazer in many areas, including issuing the first Visa and Mastercards in Chile. In 1999, Transbank introduced its own debit card brand, Redcompra, as a pilot project. Then, in 2000, the company finally launched both Redcompra and WebPay across the country. Soon, Redcompra became the fastest growing payment method in the country. Seeking to protect its clients and comply with the highest security standards, Transbank started issuing Redcompra cards with EMV chips.

However, certain controversies were linked to Transbank. The company was accused of monopoly. Transbank was the only financial institution in Chile authorised to issue bank cards and process online and offline transactions through the WebPay platform simultaneously. As this was clearly an abuse of power, the Chilean government launched an investigation. Transbank lost its privileged position in 2016 when Multicaja entered the credit and debit card market in Chile.

This information isn’t that relevant for using Redcompra at online casinos. However, it is good to know the background of the company running the service you wish to use to handle your money. So, after this brief financial misconduct, Transbank grew into one of the most reputable financial institutions in the LATAM region. But, as a Chilean company, it’s mainly focused on the domestic market, offering various B2B and B2C products and services.

Redcompra is a debit card that is linked to your bank account. It means that you don’t need to set up any Redcompra account. You will receive the card immediately when you open a bank account. Only banks supervised by the Commission for the Financial Market (CMF) are allowed to issue Redcompra debit cards. Once you open a bank account, you will get a 4-digit PIN code necessary to confirm transactions. Usually, you’ll receive the physical card within 10 business days. You can use the card for all sorts of payments, online or in brick-and-mortar stores. Also, the card allows you to withdraw money from the account at Redcompra ATMs. Redcompra debit cards also support contactless money transfers.

Now, if you want to use Redcompra to make deposits at online casinos, you will need to do it through Transbank’s WebPay Plus platform. But, don’t worry. You don’t need to create an account with WebPay. Online casinos are the ones that integrate the service, so you’ll be able to pay with a Redcompra card hassle-free.

Finally, as a payment service focused on the Chilean market, the main currency is CLP (Chilean pesos). However, you will be able to pay in USD, but currency conversion will apply.

How to Make Deposits and Withdrawals with Redcompra

As a debit bank card, Redcompra online casino deposits are similar to any other online transaction you’ve ever made. First, find your preferred online casino destination. If you already don’t have an account, create one. Go to the deposit section of your account and look for the WebPay Plus logo. Remember, you can pay online with Redcompra only through the WebPay platform. So don’t search for Redcompra among deposit methods.

Click on the WebPay Plus button and select Redcompra as your preferred payment method. Enter the amount you wish to deposit, 4-digit security code, and verify the transactions. Now, head straight to the casino lobby and start having fun. Easy as a pie.

And now we come to not so popular part of the story. When withdrawals are not included. Yes, unfortunately, you can use Redcompra only for deposits.

The answer to this question is the unpopular one. No, you will not be able to cash out winnings with Redcompra. WebPay Plus platform is not configured to accept withdrawals. So, you will have to look for a fallback solution. The casinos offer regular bank transfers in most cases, so you shouldn’t go through too much trouble.

Transbank has a complex and complicated fee policy. The antitrust regulator Tribunal de Defensa de la Libre Competencia (TDLC) even accused the bank of discriminating against merchants with abusive fees. So, the bank had to define new rates based on the number of transactions and not by some arbitrary categorisation.

Still, the fees are confusing, so we cannot tell you exactly how much Transbank will charge you for depositing funds at online casinos. There are exchange rates for debit cards ranging from 0.05% to 1.15%. Also, the company has membership costs. They go from  0.020% to 0.045%, or from $0.0003 to $ 0.038 per switch in each transaction. And, finally, Transbank has a 1.39% + VAT fee for merchants processing payments through debit and prepaid cards.

As you can see, we aren’t able to deduce the exact amount or percentage you’ll pay when using Redcompra at online casinos. According to our findings, casinos don’t have fees for Redcompra deposits. Still, we advise you first to visit the banking page and read the casino’s Terms & Conditions before you deposit real money.

Speaking of timeframes, all transactions you make using your Redcompra card are automatically debited from your bank account. In other words, online casino deposits are processed in minutes.

Keep in mind that although Redcompra is Transbank’s brand, you receive the card from your local bank. So, if you have any trouble using the card, visit your bank first. However, Transbank has a comprehensive FAQ page that might help you solve the issue yourself. If not, you can contact customer support by sending an email to [email protected] or calling them directly. Use the following numbers: 600 638 63 80 and +56 2 266 127 00.

The most convenient way to communicate with Tranbank representatives is live chat. Just enter your name and RUT (Rol Único Tributario), Chilean tax ID number, and a live agent will shortly be with you. The working hours are from 9 a.m. to 8 p.m.

If you live in Chile and enjoy playing online casino games, Redcompra might be an excellent banking method for you. First, it’s highly likely that you already have the card in your wallet, as you receive it immediately when you open a bank account. Second, you can use it anywhere in Chile, including online casinos accepting gamers from your country. Next, you can pay in a local currency, which means you don’t need to worry about currency conversion rates. And finally, the vital thing we need to stress out here is that Redcompra is a debit card. It means you can spend only the amount you have on the account and not a penny more.  So, it’s a perfect bankroll management “tool.”

On the flip side, Redcompra is available only in Chile. So you won’t have that many online casinos to choose from if you wish to fund the online casino account with Redcompra.

Unfortunately, no, you can’t as the service is available only in Chile. Only casino sites that accept players from Chile might also accept deposits with Redcompra. The main reason is that casinos need to integrate Transbank’s WebPay Plus platform to process online payments with Redcompra.

Yes, they are. Every transaction you make using the card is debited from your bank account in seconds. So, online casinos receive the funds right away. And allow you to start spinning, dealing, and rolling immediately.

Online casinos don’t apply fees for Redcompra deposits. Still, Transbank has a 1.39% + VAT fee for merchants processing payments through debit and prepaid cards. We, therefore, cannot guarantee that the casinos won’t deduct something. So, the best way to find out if there are any costs linked to Redcompra deposits is to visit the banking page before going to the deposit section.

You have to use the WebPay Plus platform by Transbank to make any kind of online transaction with Redcompra. Online casinos integrate the service on the website, and you only need to open it and select Redcompra to initiate the payment to the online casino. The rest is the same as with any other debit card. Use PIN code to verify the transfer at the end, and that’s it.

Yes, it is. Transbank is supervised by the Chilean government and the Ministry of Finance. Redcompra doesn’t require you to provide any personal details when making payments besides a 4-digit security code.

No, you can’t. Unfortunately, the WebPay Plus platform doesn’t support this option, so you will need to select another solution. Usually, this will be a standard bank transfer. But, in any case, check out the banking page before you make a deposit to see which withdrawal methods are listed. 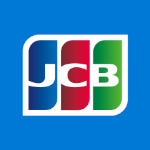 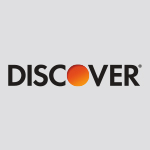 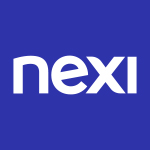 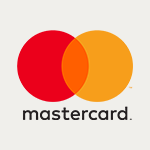