Bison Battle is a Push Gaming online slot launched in 2022. The game houses 5 reels and 20 paylines with a 96.40% RTP. This non-progressive slot game also features wilds, sticky symbols, scatters, instant prizes, multipliers, and free spins. This game has a jackpot of 50,000x the bet and is available for playing on both desktop & mobile.

Push Gaming’s latest release comes absolutely packed with features and bonuses. The way they all interact with each other means that no two spins of the Bison Battle slot are the same. The trend of highly volatile, feature-heavy slot games is going strong, it seems. If you’re the kind of player that enjoys such things, this game is a great offer.

Bison Battle slots are centered around imagery of American wildlife on the prairie. It’s not the most original of themes, but the accompanying art is nice enough. Some of the animations and special effects thrown in to spice up the experience stand out as particularly impressive. This game is all about complex mechanics, though. Our Push Gaming Bison Battle review contains all the information you’ll need to get started. 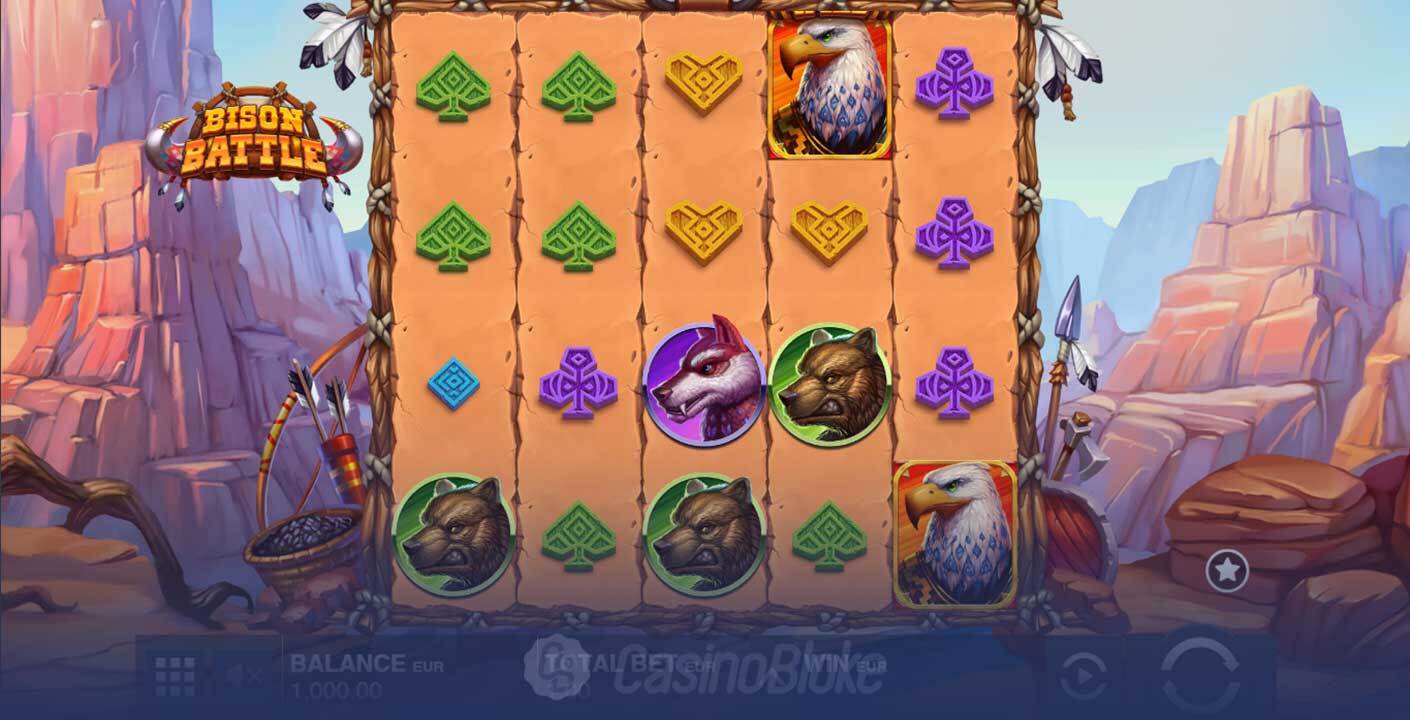 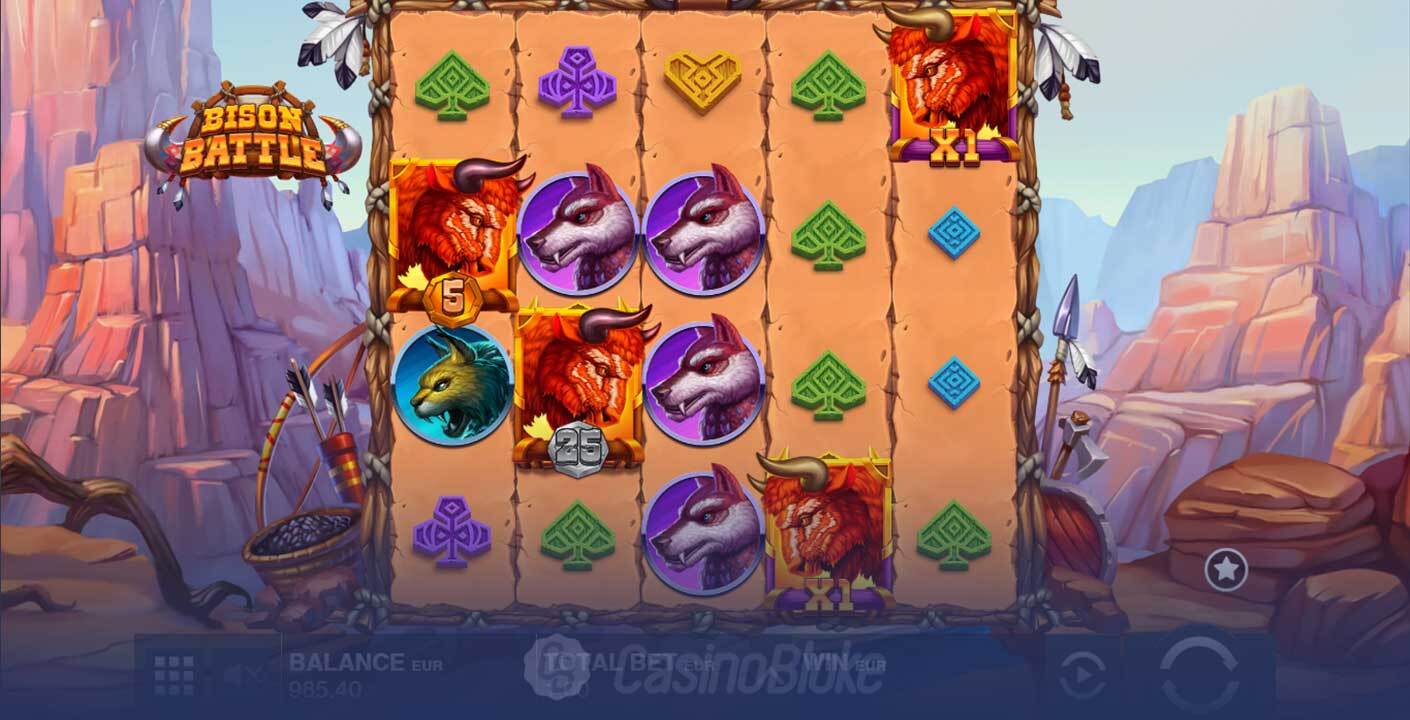 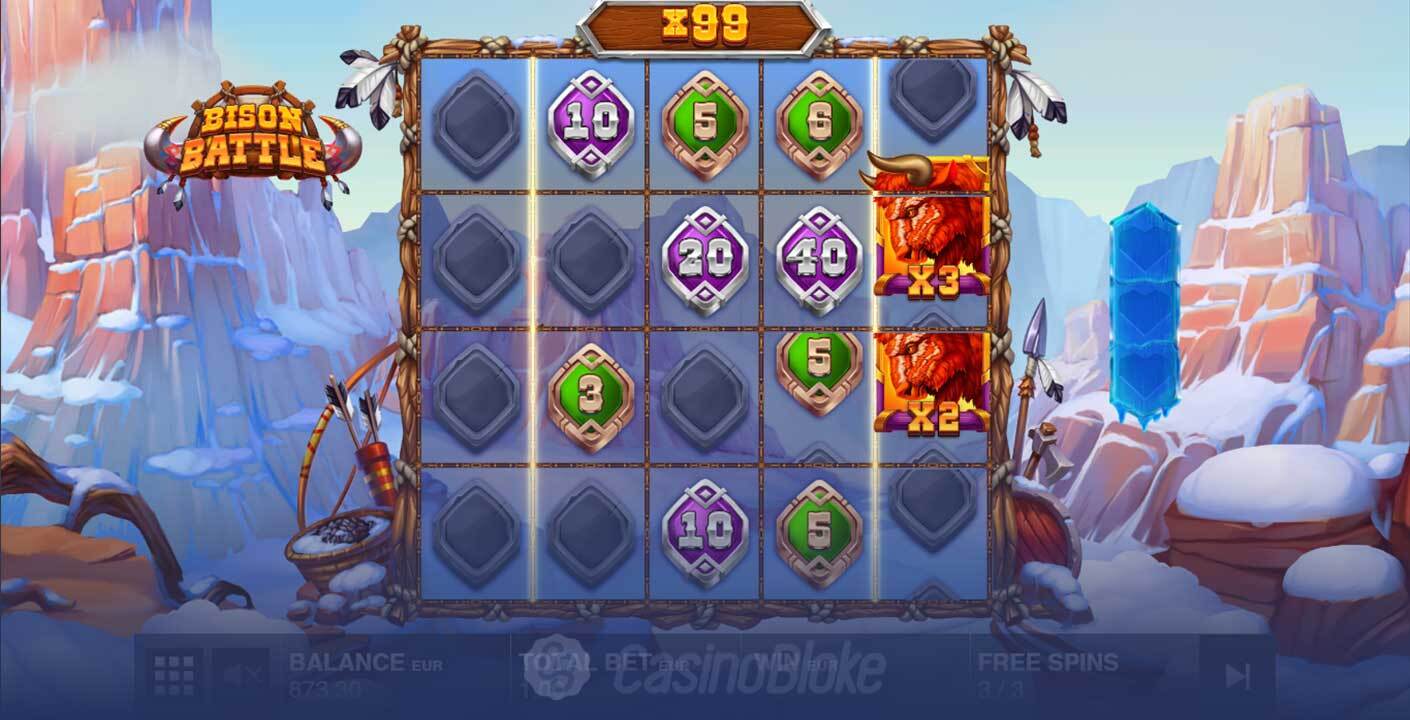 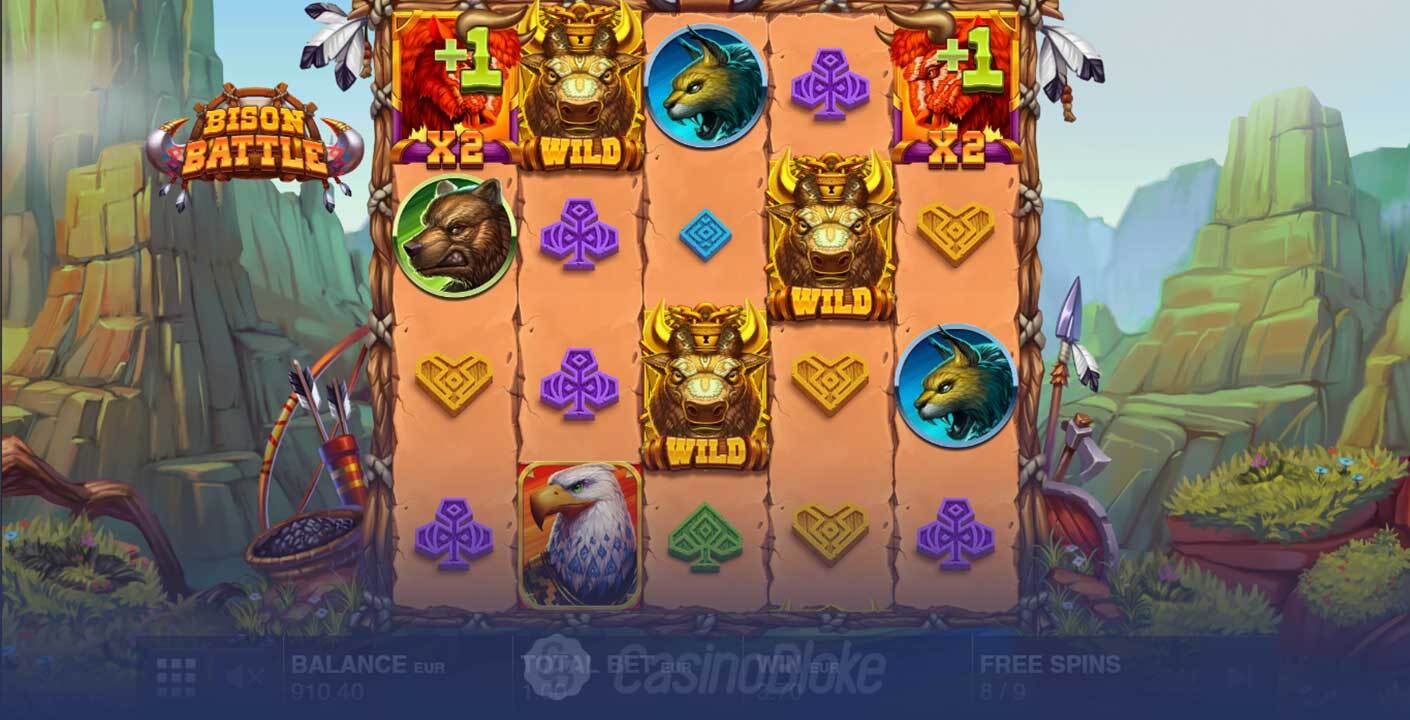 HOW TO PLAY BISON BATTLE

The base gameplay of Bison Battle slots is the same as with most other online slot games. Simply select the size of your bet using the interface on the bottom and hit space. You can also use the customizable autoplay feature to trigger multiple spins.

Beyond that, Bison Battle offers a classic slot layout with 5 reels and 4 rows.

To win Bison Battle, you have to arrange identical symbols from left to right along one of the 20 active paylines. Only one payout can be won along per payline. However, you can still successfully hit multiple lines with a single spin.

Beyond that, the gameplay is fairly straightforward. Most of the game’s uniqueness comes from the various Bison symbols and special features.

Push Gaming’s Bison Battle is not the first game to use the buffalo as a mascot, so to speak. However, it’s not often that the buffalo charges onto the grid to affect your mechanics. Bison Battle slot features are varied and plentiful, so pay attention to this section of our review.

The Wild Bison symbol is the simplest mechanic. The golden bison acts as a run-of-the-mill will and can substitute any other regular symbol. This does not include Green, Blue, or Red bison.

Speaking of which, the Green Bison and Blue Bison symbols both act as Scatter symbols. They can only land on the leftmost reel. If you land two or more Scatters in one spin, you’ll also get a small payout.

The Red Bison is the real key to this game’s unique features, though. The Red Scatter can appear on both reels 1 and 5. Red Bison on the first real have an Instant Prize value attached to them. This value can be anywhere between 5x and 2,500x your stake. This symbol also sticks to the grid for subsequent spins unless the Bison Crash, Gren Valley, or Ice Park features are triggered. However, it keeps moving 1 reel to the right with each spin.

Conversely, Red Bison symbols on the 5th reel have a Multiplier attached to them. Multipliers range from 1x to 10x. Similarly, this symbol moves 1 reel to the left with each spin.

Alternatively, Blue and Green Bison can also collide with their Red counterpart. Note: only a Red Bison with a Multiplier value can combine with special symbols spawned on the 1st reel.

The Ice Park is triggered when a blue Bison symbol appears on the same row as a red one with a multiplier. It’s a relatively typical Hold & Win type of feature. Essentially, every grid position becomes a “reel” of its own. Instead of regular symbols, you can get Bison Coins, Red Bison, or ice blocks. The Coins simply have a stake multiplier attached to them. Red Bison double all the coin’s values in that row whenever they land.

You get 3 Bison Battle free spins in Ice Park. The reels spin and if any coins or bison land, they stick to the grid and the free spin counter resets to 0. The fame ends when you fill the whole board or run out of free spins. At this point, you collect any Bison Coins on the grid and the bonus round is over.

The Bison Battle Green Valley feature is triggered the same way, only a Green Bison collides with a red one. This bonus game is much simpler – you just get 8 Bison Battle slot free spins. The golden Wild Bison symbols become sticky throughout the free spin mode. Red Bison can also charge through them and grant them multipliers.

Both of these features can be triggered at any moment by purchasing them. This option is available through the star symbol on the left-hand side.

The angry-looking bald eagle is the game’s only high-paying result. The bear, coyote, and mountain lion are in the medium range. As usual, the rest are simple card suits.

Due to the hefty focus on robust special features, the hit rate in Bison Battle is lower than one would expect. Triggering the bonus rounds can really ramp up your returns. However, we’re still not sold on the profitability of simply buying the features. The info panel claims that buying Green Valley comes with 96.58% while Ice Park offers 96.69%. Our tests have not had any luck in making a purchase actually worth it, though.

All of this combines for an overall decent RTP rate of 96.40%.

The interaction between theme and mechanics is what truly makes a slot game great in our opinion. Push Gaming tried to achieve this with their online Bison Battle slot game. The result? It works on most levels, but not on some.

On one hand, the game feels and plays fluidly. The features are also creative enough to pique your interest. However, the abundance of features and the massive Bison Battle maximum payout meant that the profitability of the base game had to be kept in check. Perhaps scaling down would have done the idea more justice. Moreover, the distinction between the two types of Red Bison symbols can be a bit unclear. Simply making 2 distinct types of symbols would have made more sense.

All in all, it’s a fairly good slot game with some undercooked ideas. If the features sound interesting to you, head over to a Push Gaming online casino and give it a shot. 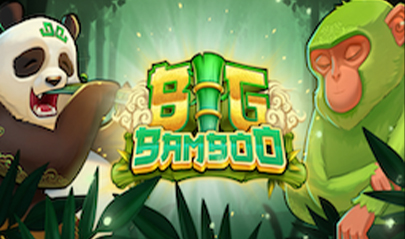 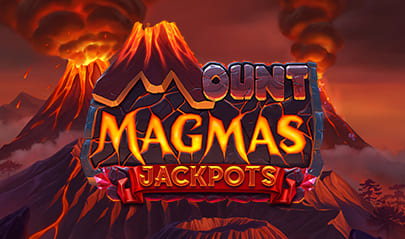 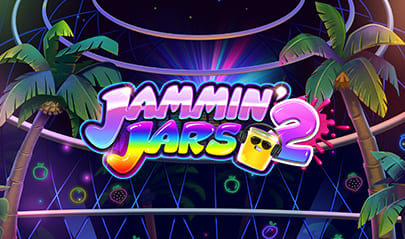 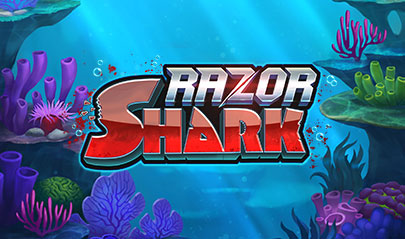 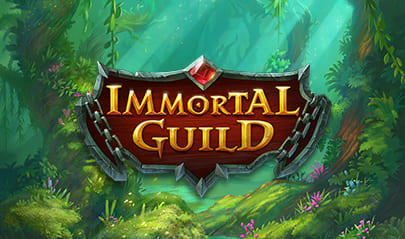 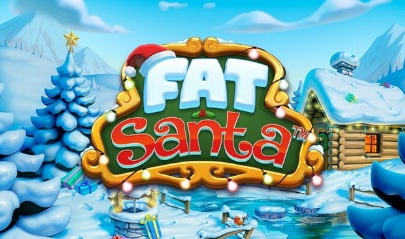 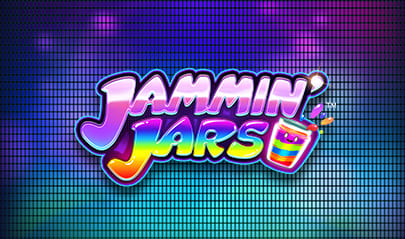 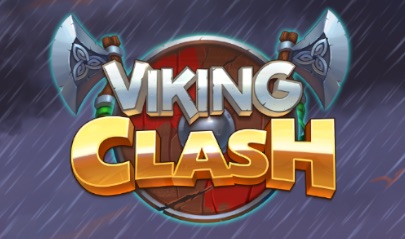