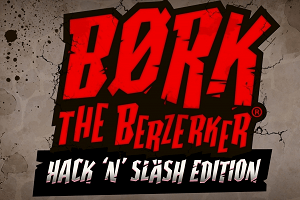 Since the original Bork the Berzerker video slot is no longer available, fans of the courageous barbarian will be pleased to know that Thunderkick is about to release the revamped version of the popular original, called Bork the Berzerker Hack ‘N’ Slash edition. Once again, spinners will follow Bork in his mission to rescue the beautiful Maiden from the hands of the evil Sorcerer, and on this journey you will fight monsters from Nordic mythology. The five-reel, twenty-payline slot will see the light of day this March and will offer a rewarding Free Spins feature with up to three Wild reels and as many as 20 freebies.

Apart from three Nordic letters that serve as low-paying symbols, punters will come across plenty of scary monsters from Nordic mythology that are there to attack Bork, but also to give rewarding payouts to gamers. Be on the look for Mermen, two-head Snakes and Yetis, but don’t get too scared, because Bork, which is the game’s Wild, will behead all of them with his mighty sword. The beautiful Maiden is one of the high-value symbols, and she will be taken away by the evil Sorcerer, who acts as the Scatter that triggers free spins. 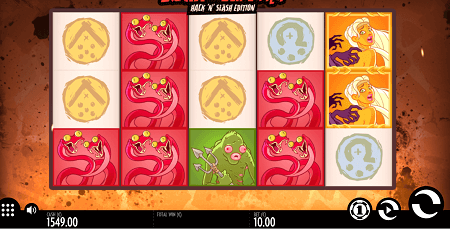 The reels are set in a dangerous underworld, so we advise you to check the rules of the game before you start your adventure. The Thunderkick title features five reels, three rows and offers 20 fixed payouts that pay left to right, starting from the leftmost reel. All Thunderkick fans will have no trouble at all with the command list, since it is pretty standard. As for the payouts, players will start winning once they manage to land at least three matching symbols on a payline, beginning from the far left reel. Betting starts at £0.10 and it can go all the way up to £100 per single spin.

The central attraction of the 2018 release is the Free Spins feature, triggered by at least three Sorcerer Scatters. Land three, four, or five Scatters, and you will get 10, 15, or 20 free spins. Now, it’s good to mention that Bork appears only on the middle reel during base game, and that it will expand to cover the entire reel. In the Free Spins feature, Bork will show himself on all three central reels, meaning that reels 2, 3 and 4 can become Wild reels during freebies. The biggest question is whether the feature can be retriggered, but we will find out soon enough. 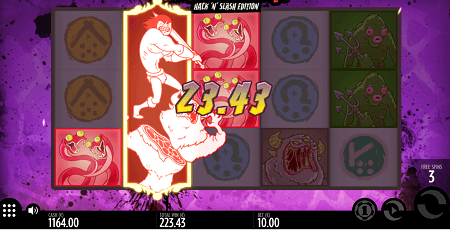 Moving on to maximum payouts. We are still to find out how generous will the monsters be in the 2018 release, but we did managed to find out that the beautiful Maiden will deliver 50 times the stake for five of a kind. If our sources are correct, the biggest payout can be expected in the Free Spins feature and can go up to 2,100 times the bet. Bork the Berzerker Hack ‘N’ Slash’s RTP is 97.34%.

The new-and-improved version of the famous original will also be mobile friendly, meaning that gamers can explore the mysterious depths of the Nordic underworld from a safe distance, using nothing but their fingertips. Bork the Berzerker Hack ‘N’ Slash edition will be playable across mobile phones, tablets, laptops and desktops.

+ Up to three Wild reels

– Specific theme for a specific audience

– Could use an additional Bonus feature

Honestly, we expected a bit more action in a slot with such a powerful name. An additional Bonus feature could have spiced things up a bit. However, the Thunderkick product offers plenty, starting from expanding Wilds, Wild reels and lots of possible free spins. The maximum payout, set at 2,100 times the bet, is also pretty good, so there are more than enough reasons for all Vikings among gamers to join Bork on this dangerous and exciting mission.