Jungle Books Slot is a Yggdrasil slot launched in 2017. The game houses 5 reels and 58 paylines with a 96.10% RTP. This non-progressive slot game also features multipliers, mobile, wilds, bonus games. This game has a jackpot of 250,000 coins and is available for playing on both desktop & mobile.

All Jungle Book fans will be pleased to know that Yggdrasil released a video slot themed after the popular animated movie, which will include all the main characters from the story, like Mowgli, Baloo, Bagheera, Shere Khan and Kaa. Get ready for a fantastic voyage to the very heart of the jungle, where these five hosts will welcome you in their realms and offer up to 45 feature combinations!

Go through realms and see how the reel formats change as your hosts switch places on the left side of the screen, introducing 2 specific additional features in their own realms.  Hosts will also welcome guests from different realms that bring one of their features as gifts, thus creating exciting and rewarding triple feature combinations!

The 2017 release is visually impressive and will offer from 58 up to 68 paylines. Explore the jungle and look for the best way to win the maximum prize of 250,000 coins! All of this and much more awaits in the latest Yggdrasil title! 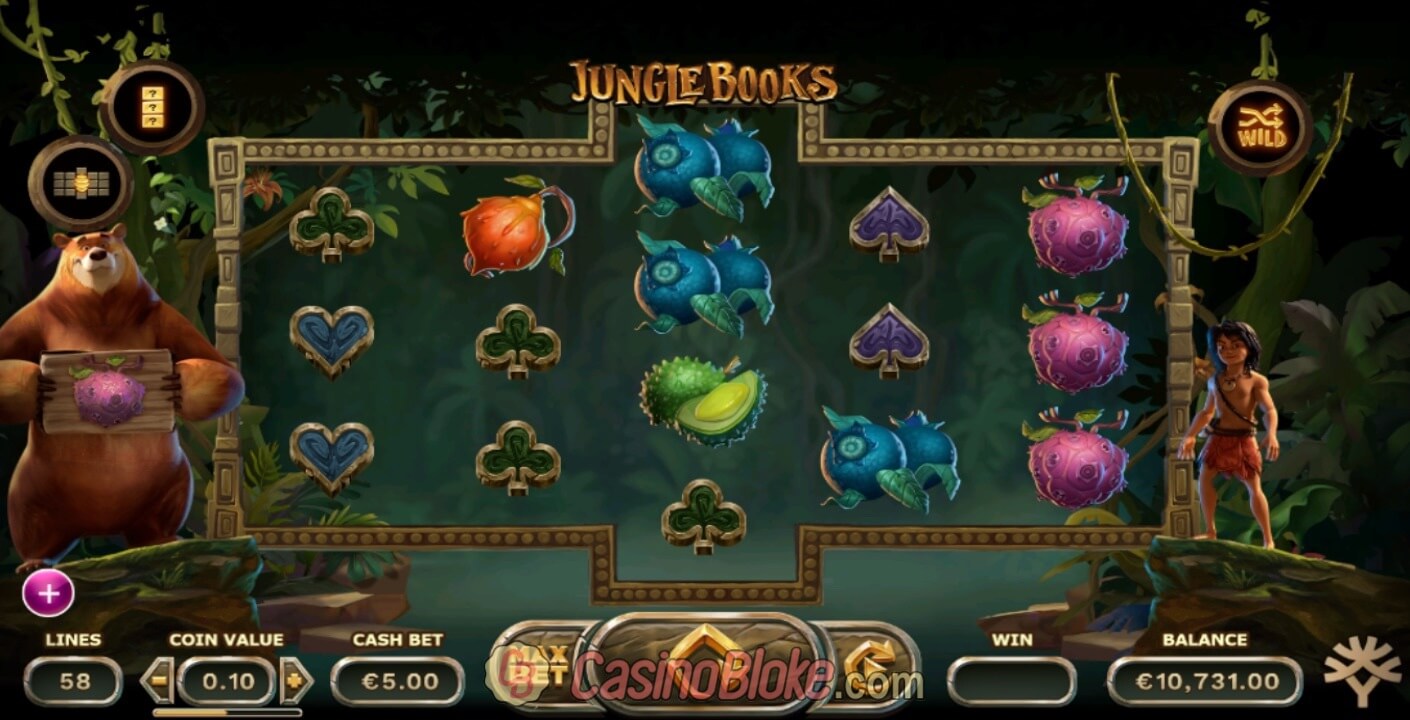 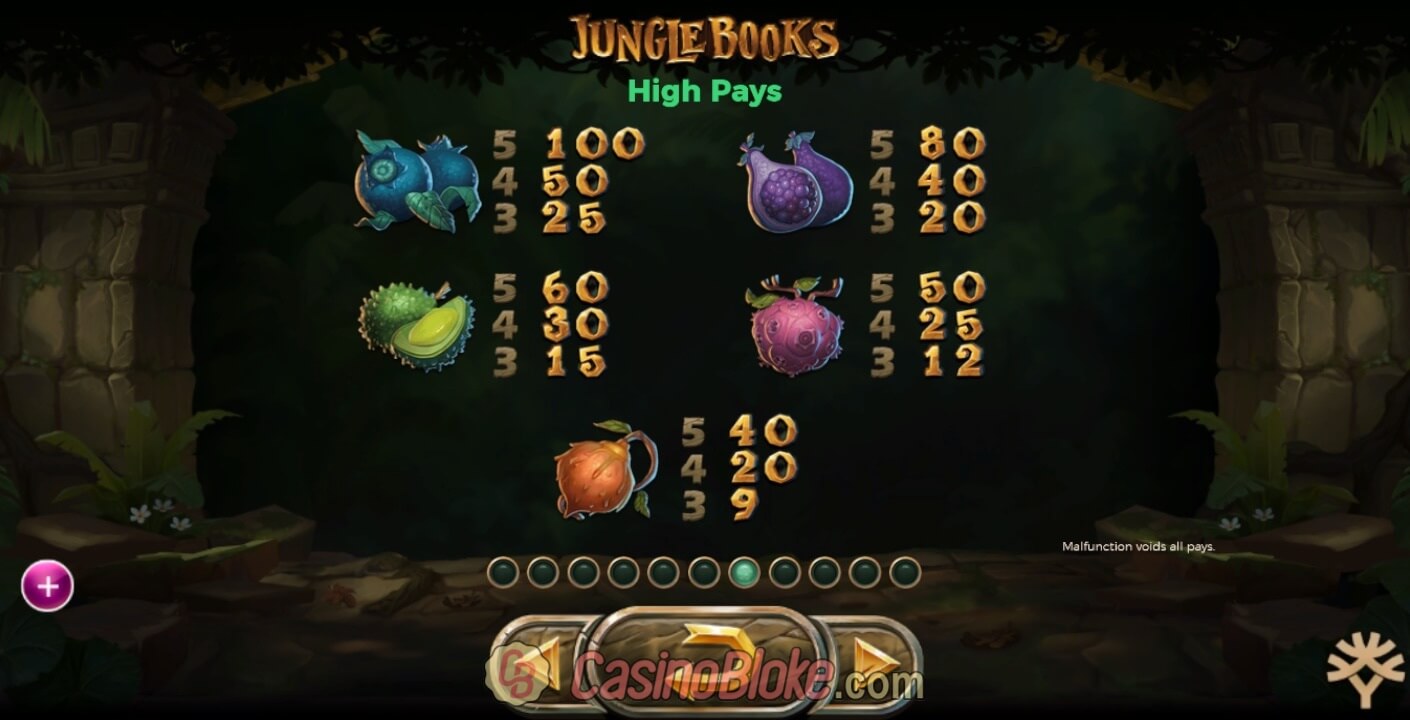 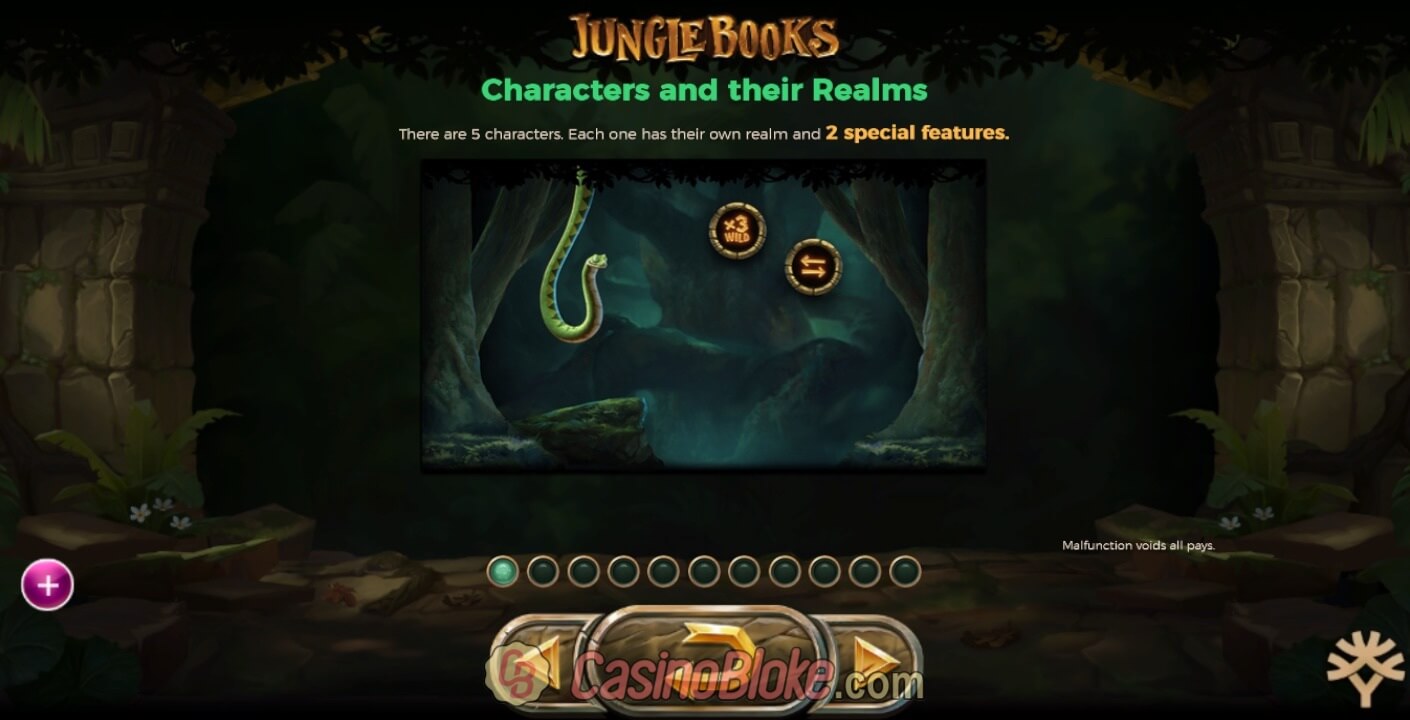 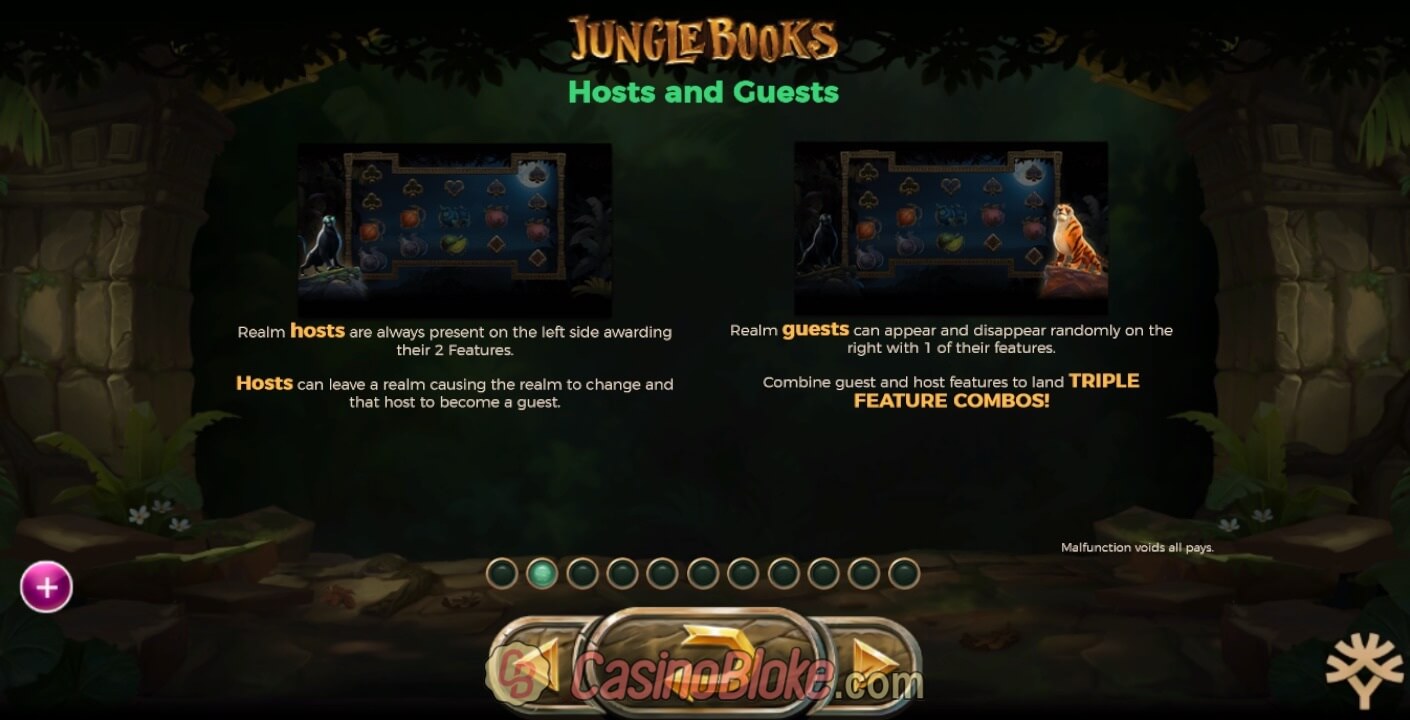 HOW TO PLAY JUNGLE BOOKS

Apart from the abovementioned characters from the story (Mowgli, Baloo, Bagheera, Shere Khan and Kaa), which can appear both as guests and as hosts, players will come across lots of fruits that can be found in the jungle and that are used by Baloo as “the simple bear necessities”.

These fruits of various colours are used as high-paying symbols and, apart from providing you with sweet snacks, they will secure you some decent wins. Several Wilds are also included in the story, but all of them have the same basic function – substituting for all regular symbols. Even though the 2017 release is packed with special features, there are no Scatters included. As for the low-paying symbols, Yggdrasil decided to use simple card suits.

This is probably the trickiest part of the story since there are five different realms and three different reel formats, but believe us when we tell you that players will learn the laws of this jungle in no time at all. First, let us start with the basics. Every single spin requires 50 coins, but note that you can adjust the coin denomination to suit your balance perfectly.  Set the coin value somewhere between $0.002 and $5 and you are ready to go.

Thanks to the innovative Fusion Realms feature, the slot will offer 5 different game modes or realms. You will start with Mowgli and his realm that features a 3-3-4-3-3 reel format and offers 58 paylines. Shere Khan’s and Baloo’s realms also feature the same reel format and offer the same number of paylines. As for Bagheera, the panther will give us a 4-3-3-3-4 grid with 68 paylines, while in Kaa’s realm a 3-4-4-4-3 grid with 68 paylines awaits. The game itself will take you through the realms, so just relax and spin the reels.

As we already mentioned, every host will offer different additional features in his own realm, two per host to be exact. So, a total of 10 additional features and a total of 45 feature combinations will be available, because every now and then a realm guest will randomly appear on the right side of the screen and include one of his features in the combination, resulting with triple feature combos that can be landed.

For example, If Mowgli is the host, he will include his 2 additional features on the reels, and if Baloo stops for a visit, he will add one of his features, so three potential features to benefit from.

First, let’s look at what Bagheera has to offer. In his realm, Wild Fruit feature will make the Super High Pay symbol to act as a Wild, while the Win Multiplier feature, which is triggered randomly, can add a 2x, 3x or 5x multipliers on random wins. The other cat in this jungle, Shere Khan, brings a Sticky Respin feature, where players get a free respin on a winning spin, with all the winning symbols and Wilds on the reels remain locked on their positions. Also, Khan can add Stacked Wilds to the tallest reels.

Moving on to Mowgli’s realm, where he will introduce the Synced Reels feature, turning adjacent reels of the same height into synced reels, thus providing identical symbols. The Spreading Wild feature is triggered whenever a Wild lands on the reels, adding 1 or 2 extra Wilds. In Kaa’s realm spinners will get the Win Both Ways feature, allowing them to form winning combinations both from left to right and vice versa. Thanks to the x3 Wild feature, every winning line containing a Wild will get a 3x multiplier.

With Baloo, punters will get the interesting Honeycomb Bonus feature. Honeycomb symbols are added to the tallest reel and, once landed, will reward spinners with coin prizes, which can range from 50 to 5,000 coins! Also, Baloo will add stacked symbols on the reels by turning the tablet in his hand and revealing which of the symbols will appear stacked for that particular spin. This is the final additional feature, called Stacked Symbols.

So, the biggest possible win in Jungle Books is mind-blowing 250,000 coins. Given the fact that the highest value of one coin is set at $5, players are looking for a possible win of $1,250,000! Not a bad figure, don’t you agree? Every single realm offers lots of opportunities for hefty payouts, so it really doesn’t matter who is your host, because all additional features can be triggered. The Super High Pay icon offers the most among symbols, 300 coins for five of a kind to be exact. The RPT is 96.10%.

We can only say that Yggdrasil did a remarkable job with the Jungle Books video slot! They managed to incorporate so many features, different realms, grid formations and backgrounds into one single game. The 2017 release could easily be divided into several video slots and it would still be interesting!

We will not waste your time by praising the visuals, because this is Yggdrasil, they are expected to deliver a product that boasts amazing graphics and a fitting soundtrack. With five realms, 10 different additional features and 45 possible feature combos, we are positive that The Jungle Books will keep you chained to your seats for hours! 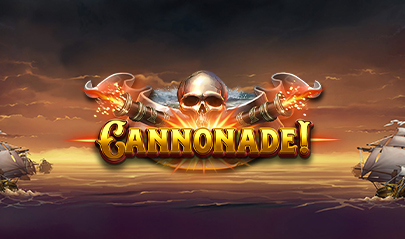 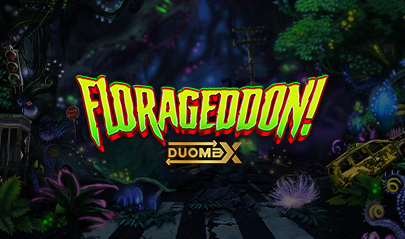 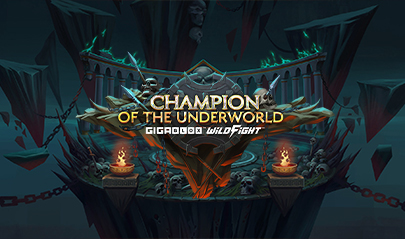 champion of the underworld 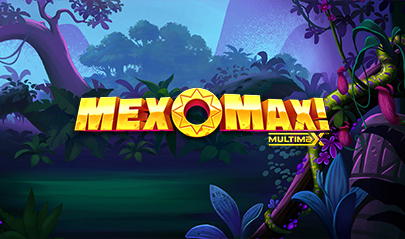 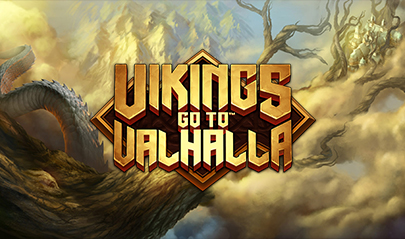 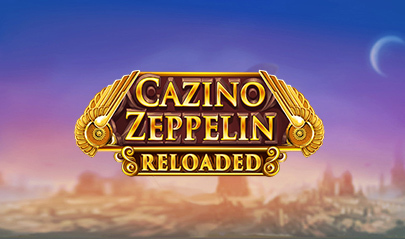 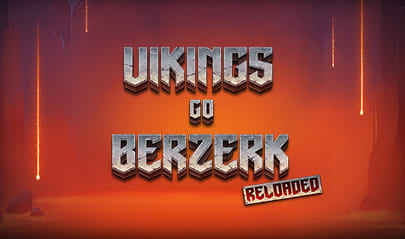 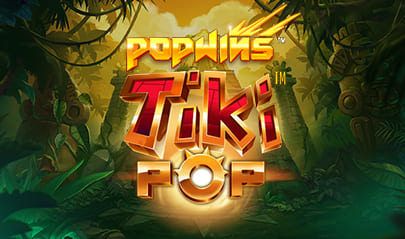