We’ve come a long way since using only credit cards and bank transfers for deposits. Everything changed in 2009, when one Satoshi Nakamoto published a white paper about a revolutionary new currency. It was called Bitcoin and it immediately changed the way we looked at money as a whole. Instead of being controlled by banks or governments, Bitcoin and other early cryptos, as well as later ones, were completely decentralized. However, this resulted in a problem.

You see, fiat currencies, such as the US dollar have their value based on real-life occurrences, such as changes in the economy and the wider financial market. Cryptos, on the other hand, derive their value from demand. As such, they are volatile, so you can never really know what the price will be the day after. And that’s why stablecoins, such as Tether (USDT), were created.

Even though cryptos such as Ethereum are frequently used at online casinos, players often have a hard time keeping track of price changes. That’s why we like Tether. It’s based on the value of USD, so you can always expect its value to be around $1.00. Additionally, it’s the third-most traded crypto in 2021, only behind BTC and ETC.

With over 62.7 billion coins in circulation and an easy-to-understand system, Tether is one of the best choices for deposits and withdrawals alike. To have the best possible experience, though, you have to play at the best Tether casinos. And that’s precisely what we’re covering today. Along with details about USDT itself, you’ll find out everything you need to know to make your Tether gaming sessions worthwhile. Ready? Good. Let’s begin.

Even though Tether casinos are nowhere near as numerous as Bitcoin ones, more and more sites and players are intrigued by stablecoins. As USDT is by far the most popular one, it’s an obvious solution for everyone. With that in mind, we tested some of the best Tether casinos. We didn’t just focus on the games. Oh no, we dissected every single facet of these sites and ranked them. So, check Casino Bloke’s list out, pick your poison, and good luck! 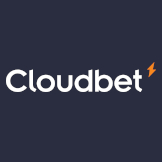 Our Rating of Tether

In 2012, when Bitcoin was still in its nascent phase of existence, J.R. Willett was intrigued by the potential of this novel currency. After doing a significant amount of research, he wanted to build a new crypto based on the original Bitcoin Protocol. He called it ‘Mastercoin’, as it was his goal to dominate the market and provide a more stable and more usable alternative to BTC. With the help of Brock Pierce and Craig Sellars, the Mastercoin Foundation was born.

After changing the name of the currency to Tether, they started releasing USDT coins in their bet form. What was so revolutionary about them? Well, as we said, Tether’s value is intrinsically tied to the value of the US dollar. Tether Ltd. even backs its coins by actually owning gold and USD reserves, enabling every customer.

In 2017, $31 million worth of Tether tokens were stolen. It was revealed that criminals exploited a hole in the system, which allowed them to run away with the money. Immediately upon finding out about this, the company suspended all trades and implemented something that’s called a ‘hard fork.’ This is basically a software change that renders all stolen coins untradeable, basically mitigating the results of the theft. Ever since then, Tether has consistently updated its security features and has become one of the most reliable cryptos out there.

How to Make Deposits and Withdrawals with Tether

Making deposits with Tether is easy. First and foremost, you have to create a crypto wallet. Since USDT is a virtual currency, you’re going to have to put it in a secure place. If you play at Tether casinos with an unsecured wallet, an attack on the site might result in your funds being taken. So, make sure you pick a good one, such as MyEtherWallet, Omni Wallet, Tether Wallet, or Ledger Nano S. Next, find a crypto exchange. There, you can trade fiat currencies or other cryptos for USDT. Make sure you find a good price and purchase an amount you think you’ll use.

Afterwards, just create an account at one of our top Tether casinos and log in. Head on over to the Deposit page and pick USDT as your preferred payment method. Provide your wallet address and enter the amount you wish to deposit. After you click confirm, you should see the money in your account almost instantly. And that’s all there is to it.

Withdrawals require the same process – you provide your crypto wallet address, enter the amount and confirm. Tether transfers are much easier than most people think, and you can see why.

There are no fees involving Tether deposits. Just like with most cryptocurrencies, online casinos don’t charge a fee if you deposit or withdraw in USDT. This is pretty much consistent at all the sites we’ve played at, so you won’t need to worry about any hidden costs. However, your crypto exchange might charge you a percentage of the transfer, but this varies. What’s important is that you find all the information and plan accordingly. In terms of processing time, Tether transfers take up to 10 minutes. Some sites might also have their own mandatory processing procedure, but this never amounts to more than a day.

Since Tether is actually run by a legitimate organization, you can reach them via email. They usually respond in 48 hours or less, but you can expect a fast response if you manage to send a message during working hours in Hong Kong. If you’re on social media, you can send them a message on Facebook, Twitter, Instagram, or LinkedIn. Tether’s support staff is overall very knowledgeable, so they’ll be able to guide you through any process if you run into a problem. Oftentimes, crypto creators leave users to fend for themselves, so this is a nice thing to see.

We believe Tether is a great option for every casino player that wants to stay anonymous. It’s easy to use and you won’t have trouble finding sellers on exchanges. However, the real crux of this coin is its value. As we’ve said, USDT is tied to the value of USD, as the holding company that controls the currency has reserves in its possession. This means that your bankroll won’t suffer due to Elon Musk tweets, pump-and-dumps, or sudden $30,000 dips, like with Bitcoin. It’s stable, reliable, and most importantly – useful for playing casino games.

If you’re not already a crypto user, you need a crypto wallet. There are a lot of really good ones, so do some research and find the one which fits your needs the most. Afterwards, buy some USDT and store it in your wallet. When at your casino, log in, choose Tether as your desired payment option, enter your wallet address, and that’s it.

Tether is a stablecoin, which means its value is connected to a fiat currency - USD in this case. This means that it’s impervious to large dips and rises and demand, which helps you plan things much more easily. It’s always worth around $1.00, so you can set your casino budget in advance.

You can buy USDT at any major crypto exchange. Make sure the site is reputable, secure, and verified. Sourcing your Tether coins from a shady exchange can result in your data being stolen.

Yes, Tether is owned and run by a legitimate company and is handled by numerous crypto exchanges. To see if Tether is legal where you live, check with your financial regulatory body for more information.

Yes, you can. The process is the same as for withdrawals - provide your address, enter the amount, and click confirm.

Crypto wallets are mandatory because they have the right security features needed to protect all virtual currencies, including USDT.

Usually, all Tether withdrawals are cleared within 10-15 minutes. 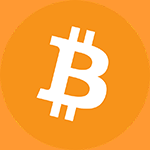 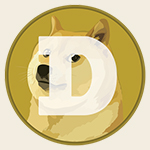 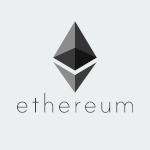 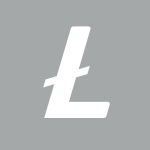